A good introduction is an answer by Zen master Bankei (1622-1693) to a question about meditation:

"My mind is constantly filled with thoughts. No sooner do I get rid of one than another arises. How can I clear my mind of these?"

"To try to rid the mind of thoughts by effort is like trying to wash away blood with more blood. What you must realize, is that the Unborn Buddha-mind is free of illusion. It's because you think your thoughts are something real, that you are caught up in them. Just understand that they are unreal, ephemeral apparitions that arise and pass away. Don't seize them or reject them; let them be. They're like the images reflected in a mirror. The mirror itself is empty but reflects whatever is placed before it. Nor does the image leave a stain on the mirror. When the object is removed, the mirror is empty and bright once again. The Unborn Buddha-mind is much brighter than any mirror." 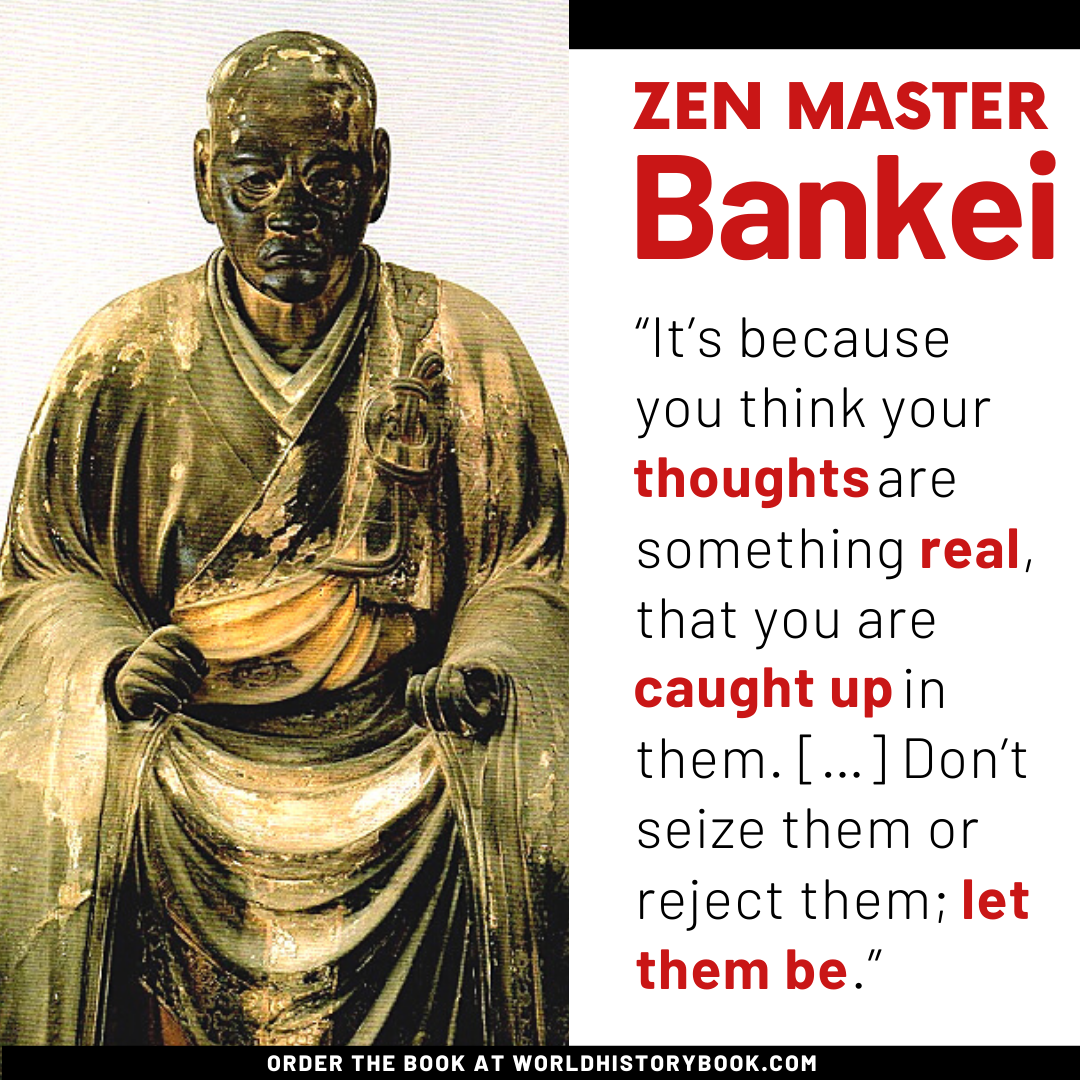 There is much to learn about Zen from this quote by the early Chinese Zen Buddhist Dayi Daoxin (580-651):

"Zazen is basic to all else. Don't bother reading the sutras; don't become involved in discussions. If you can refrain from doing so and concentrate instead on zazen, for as much as thirty-five years or more, you will benefit."

Although the Buddhist scriptures are widely read and respected by Zen masters, they were often not considered important in comparison to the practice of zazen. Religion, according to Zen masters, was about practical experience and not just about book knowledge. 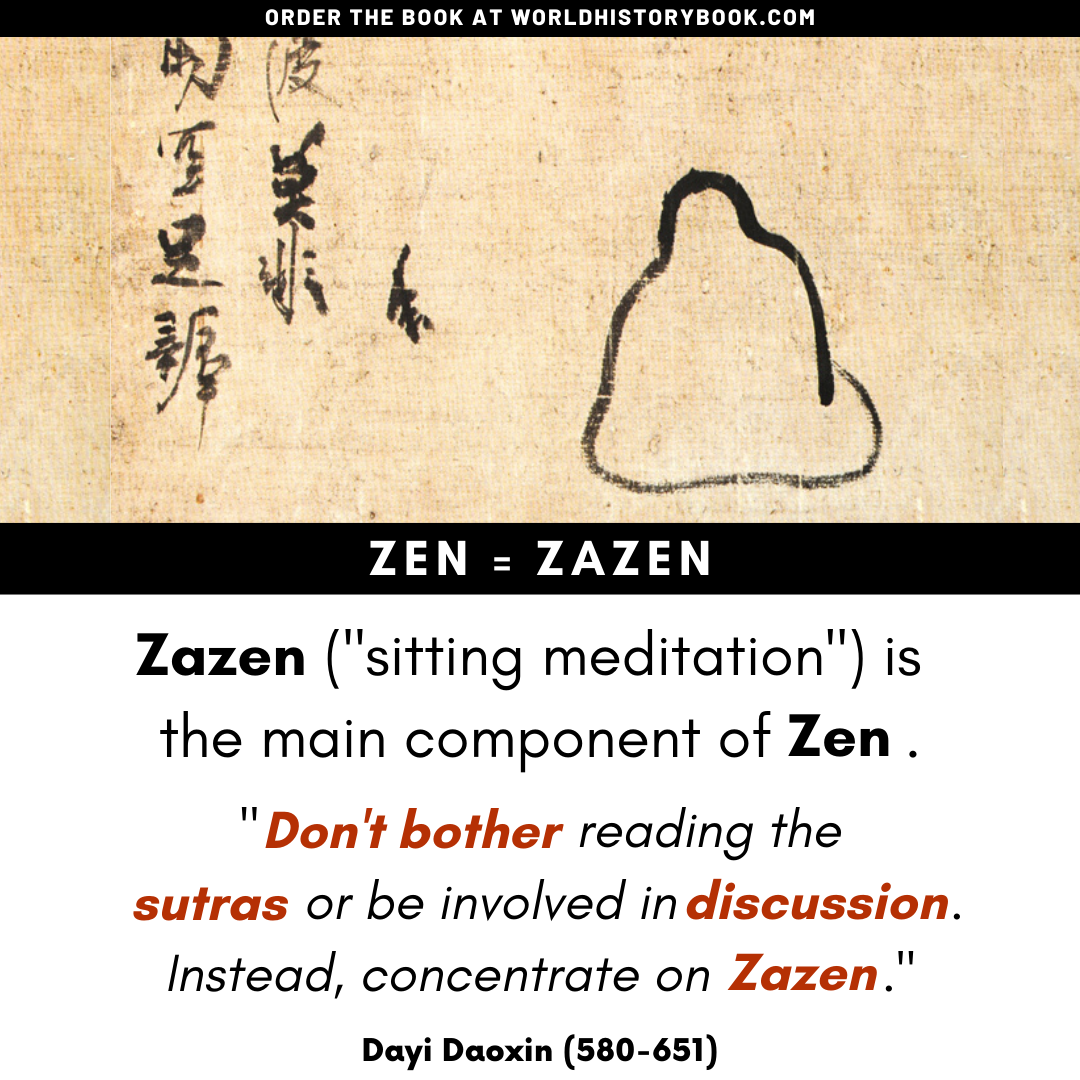 While in India, enlightenment was often associated discarting the world and instead finding unity with the source of the universe, and while in China enlightenment was associated with harmony with nature, the Zen masters of Japan sought their enlightenment in the simple experiences of everyday life. The most famous Zen poem simply describes a frog jumping in a pond. 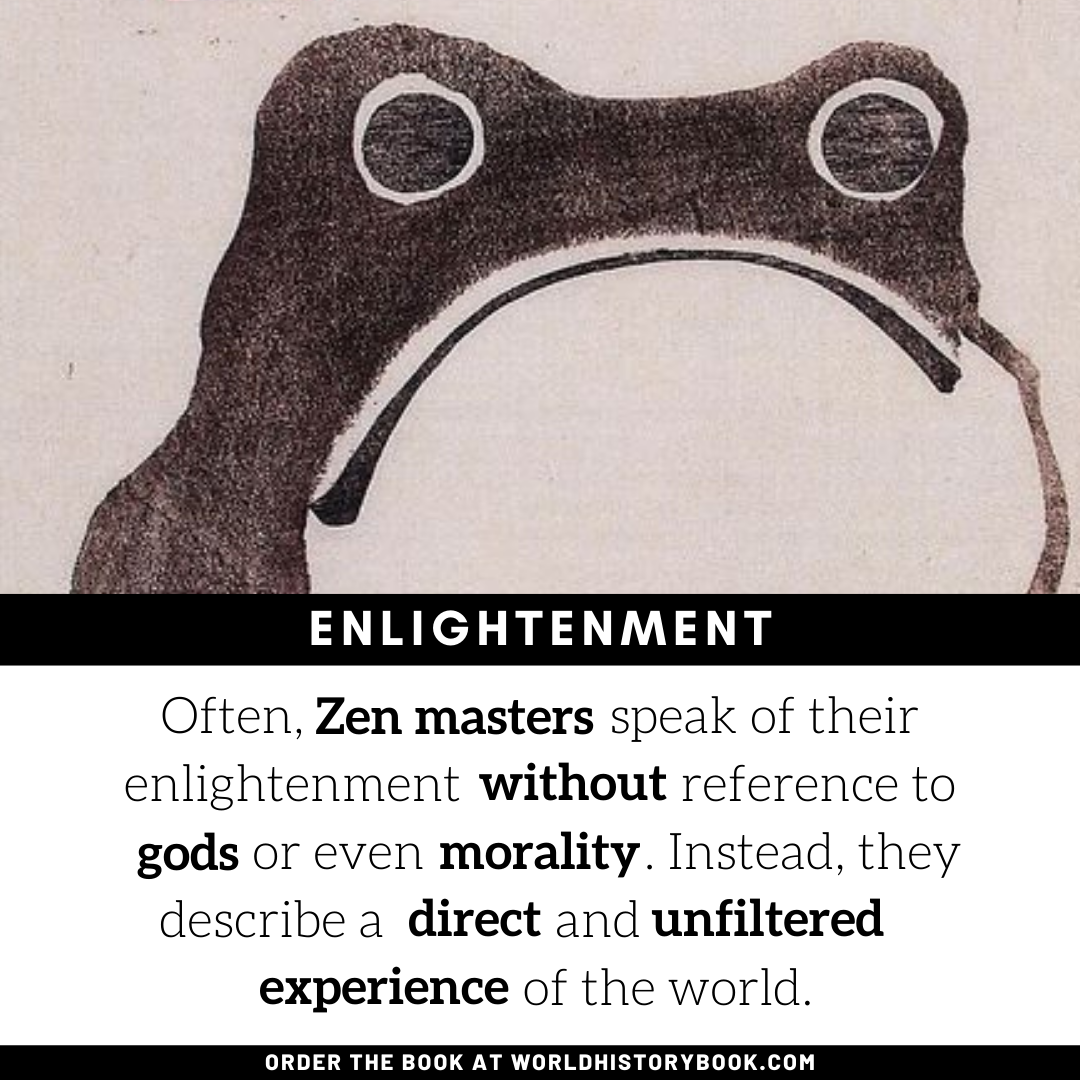 19th century Zen Master Nantenbo was tough on discipline, using his famous stick to hit his students (today, of course, this would be labelled abuse, obviously, but it pays to look past this for a moment. Nantenbo was a respected teacher. Students were often looking for masters that could harden their character).

Besides discipline, the stick also had another function. Advanced meditatiors know that a sudden startle can snap them into a deeper state of meditation, as the confusion brought on by the startle gives them a moment when they do not overthink what they are doing.

Nantenbo was also an established artist. In this post we see a marvelous ink painting depicting his staff.

Zen is also known for its curious enlightenment stories, describing the moments the great Zen masters had their awakening. These stories are often difficult to understand, not because of the use of complicated jargon but because they are so surprisingly simple that it becomes hard to imagine how they contain any deep value.

Take, for instance, the following story. According to the Zen tradition, the Buddha once gave a sermon without words. Instead, he simply raised a flower. Only one of his students understood his message, smiled, and reached enlightenment.

How can this be understood? By raising the flower, the Buddha pointed to the suchness of existence (tathagata, meaning "reality being as it is"). Like all of reality, the flower has no meaning in itself and does not need meaning. The flower "just is." 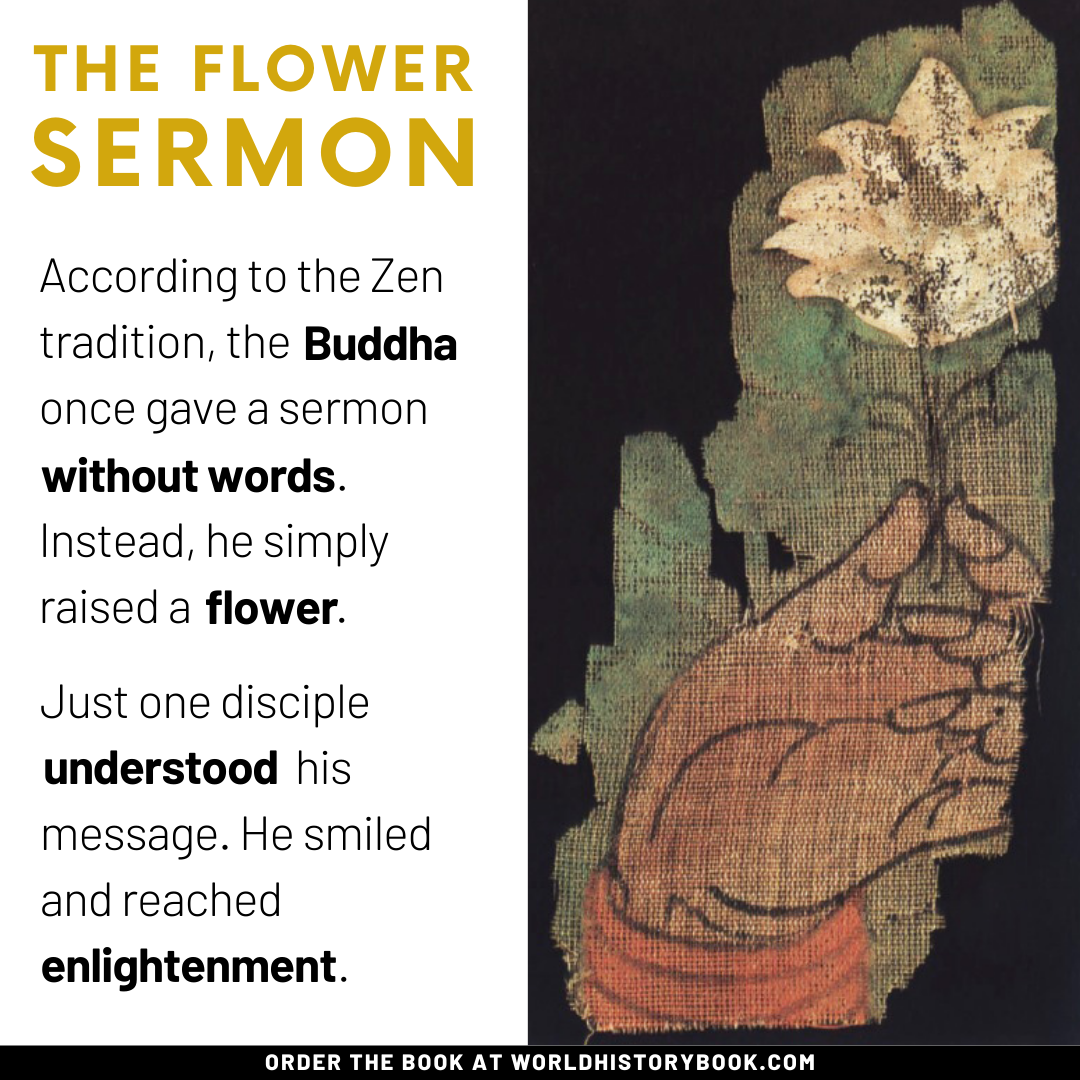 The influential 16th century Zen Master Gudo Toshoku came to this conclusion after a long life of strict discipline in Zen. The beauty of Zen is that it finally allows you to see the simplicity of life in its most pure form. 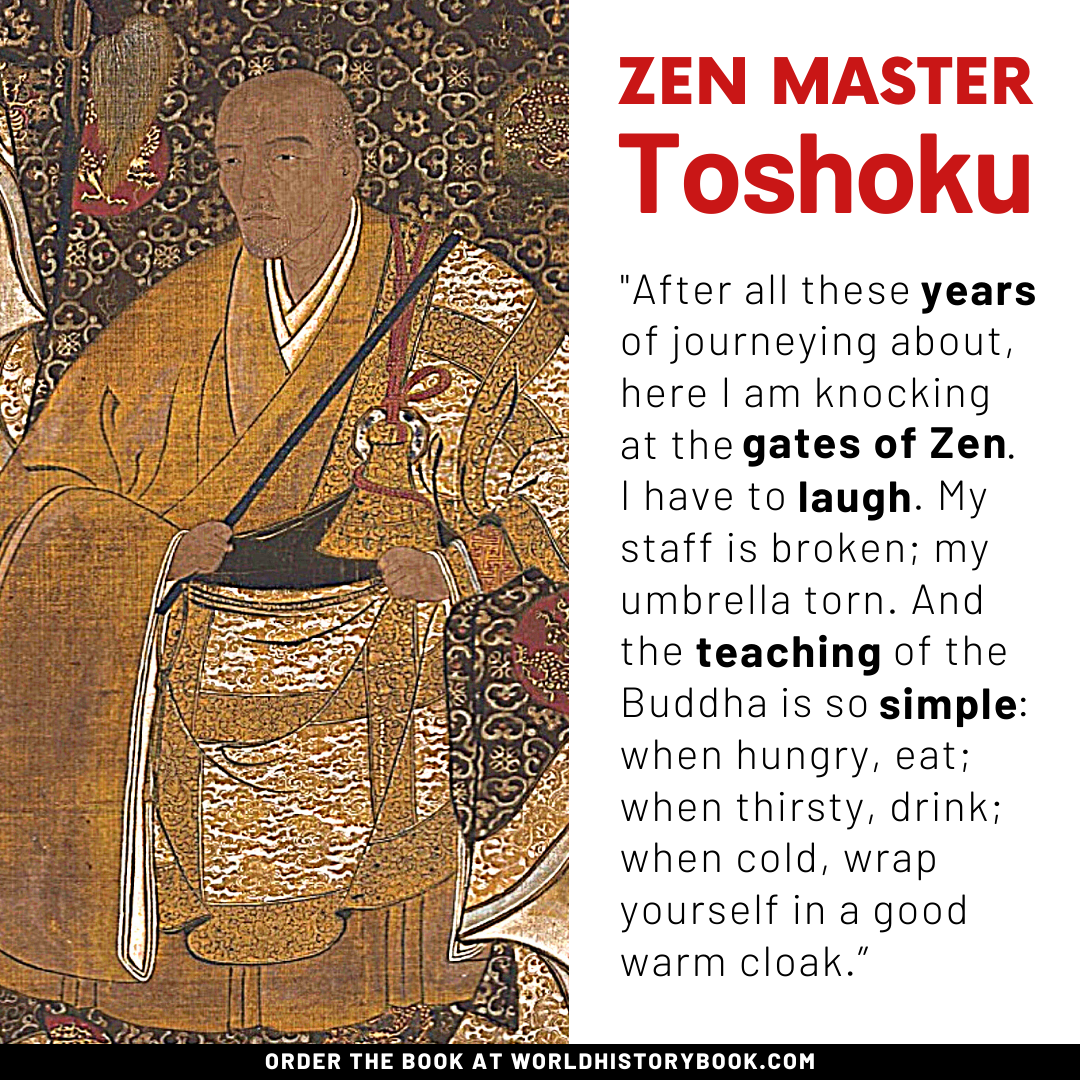