In the 1850s, a farmer discovered a colossal stone head. It turned out to belong to a then unknown civilization—the Olmec Civilizatiom ("Olman" is Aztec for "land of rubber"). The head depicted above has a height 2.5! 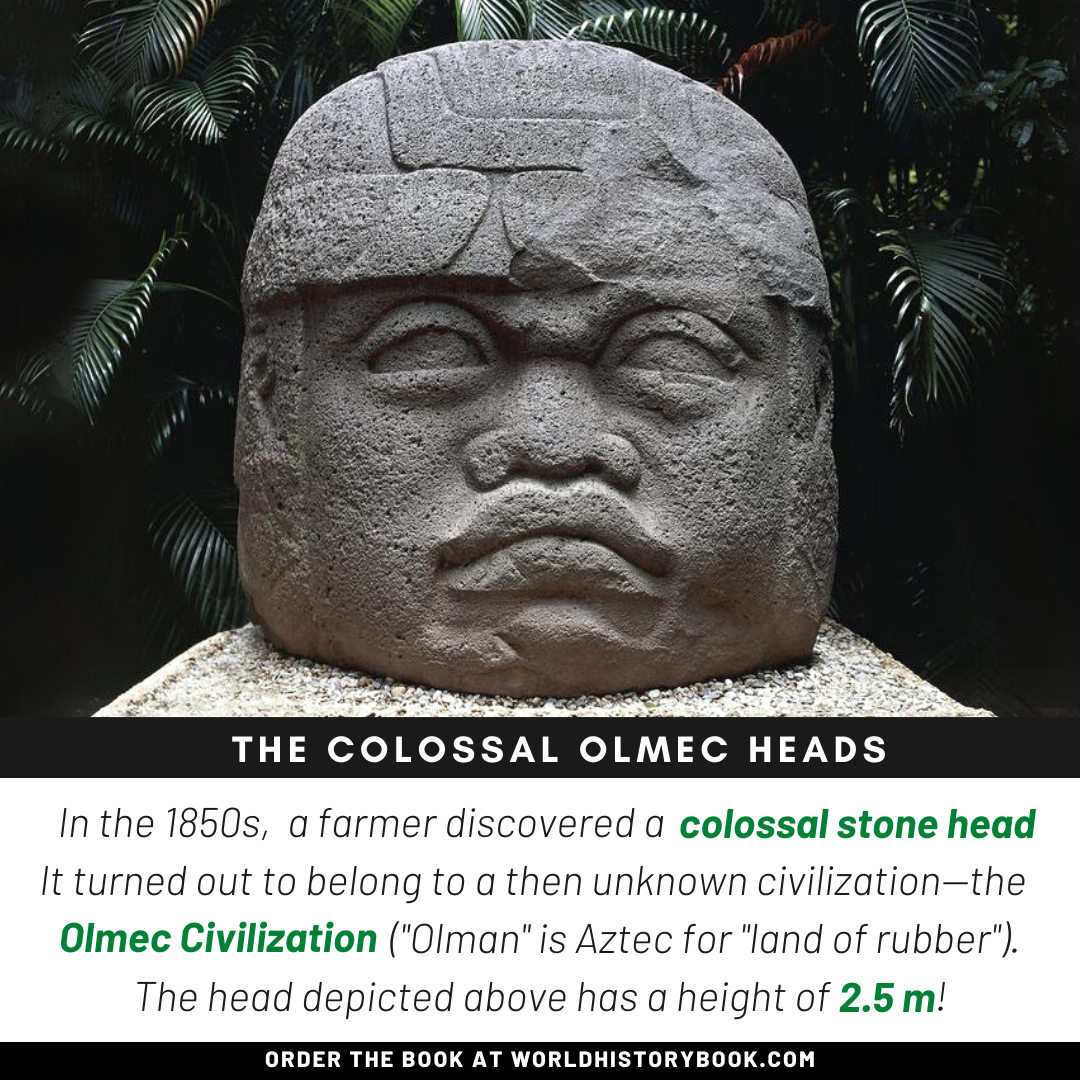 At the Olmec site of La Venta, a 34 meter tall pyramid was found, dated to 1000 BC. It is an eartheb mound made of 100,000 cubic meters of earth fill. It used to be a rectangular pyramid with staircases on either side. 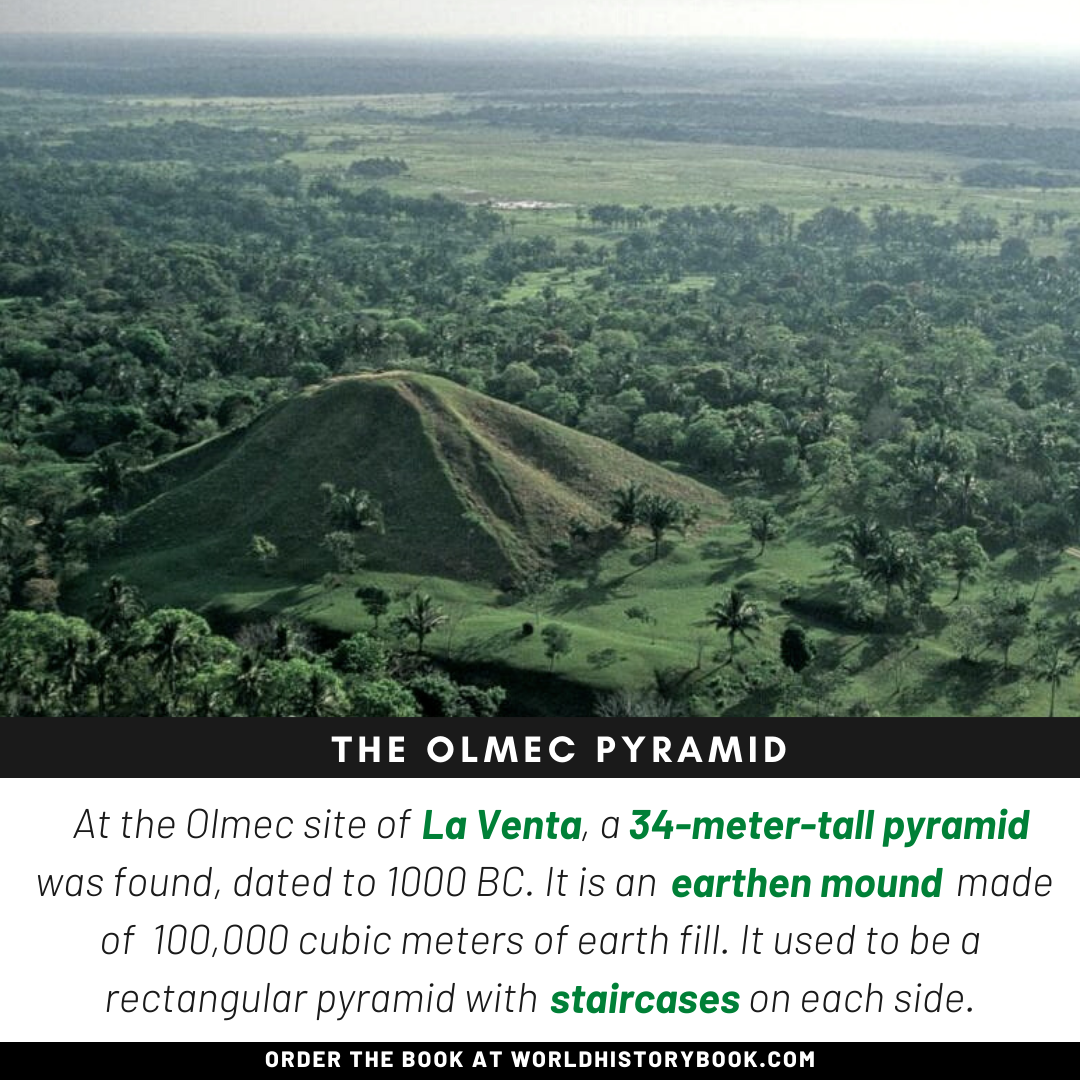 Cacao originated in Mesoamerica. Maya elites drank a drink of chocolate mixed with chillies. Cacao was deemed so valuable it was used as currency. The Maya glyph in the image reads "ka-ka-w(a)" of "cacao." 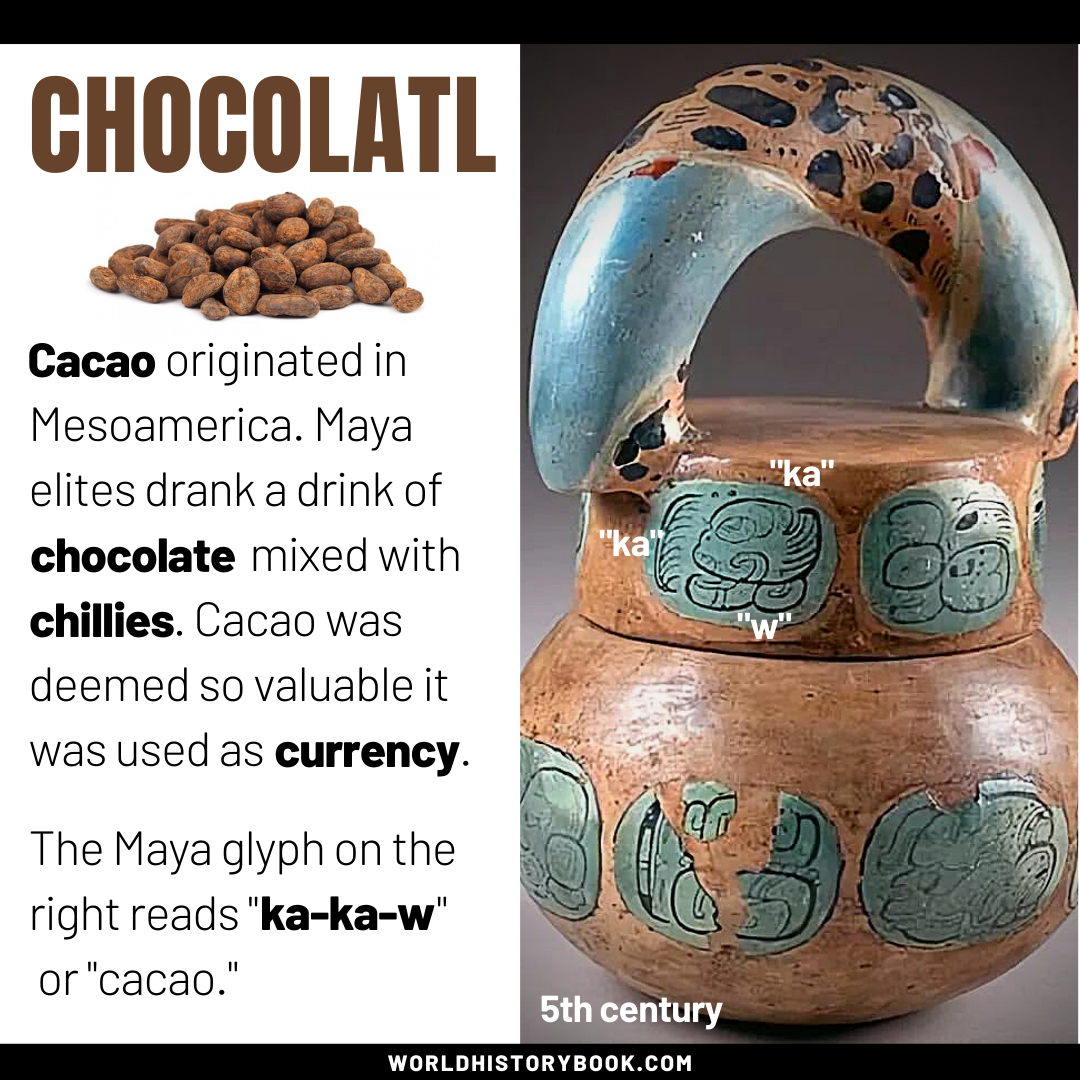 Curiously, many Olmec sculptures show both adults and babies transforming into what seem to be jaguars (although some scholars disagree). Some believe these depict shamans transforming into their spirit animals, which they believe happened during their trances. This would fit in with later Maya culture, were jaguars are known to be a common spirit animals of shamans. In fact, the hieroglyph for spirit animal in the Mayan language (called "way") is depicted as a half-human, half-jaguar face. 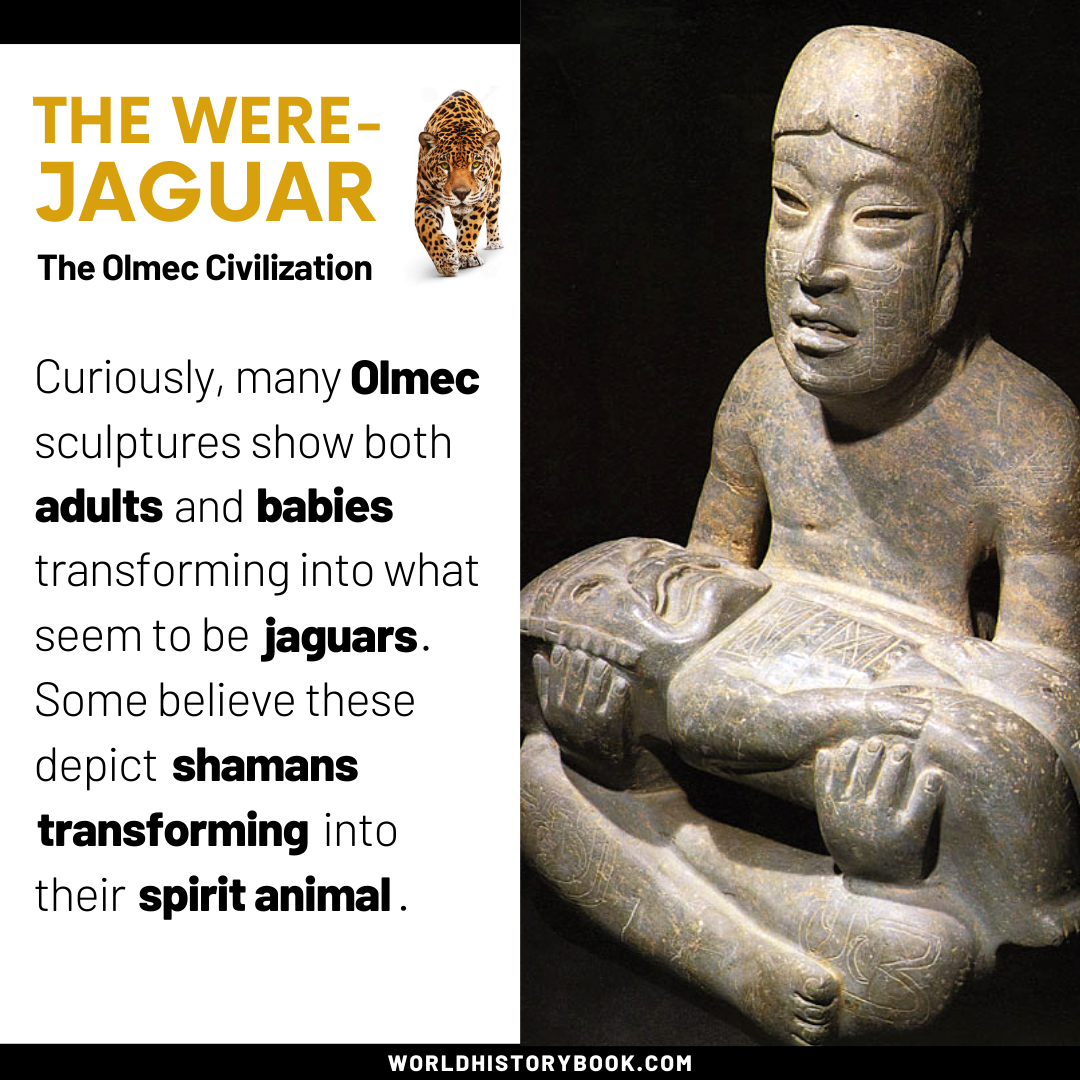 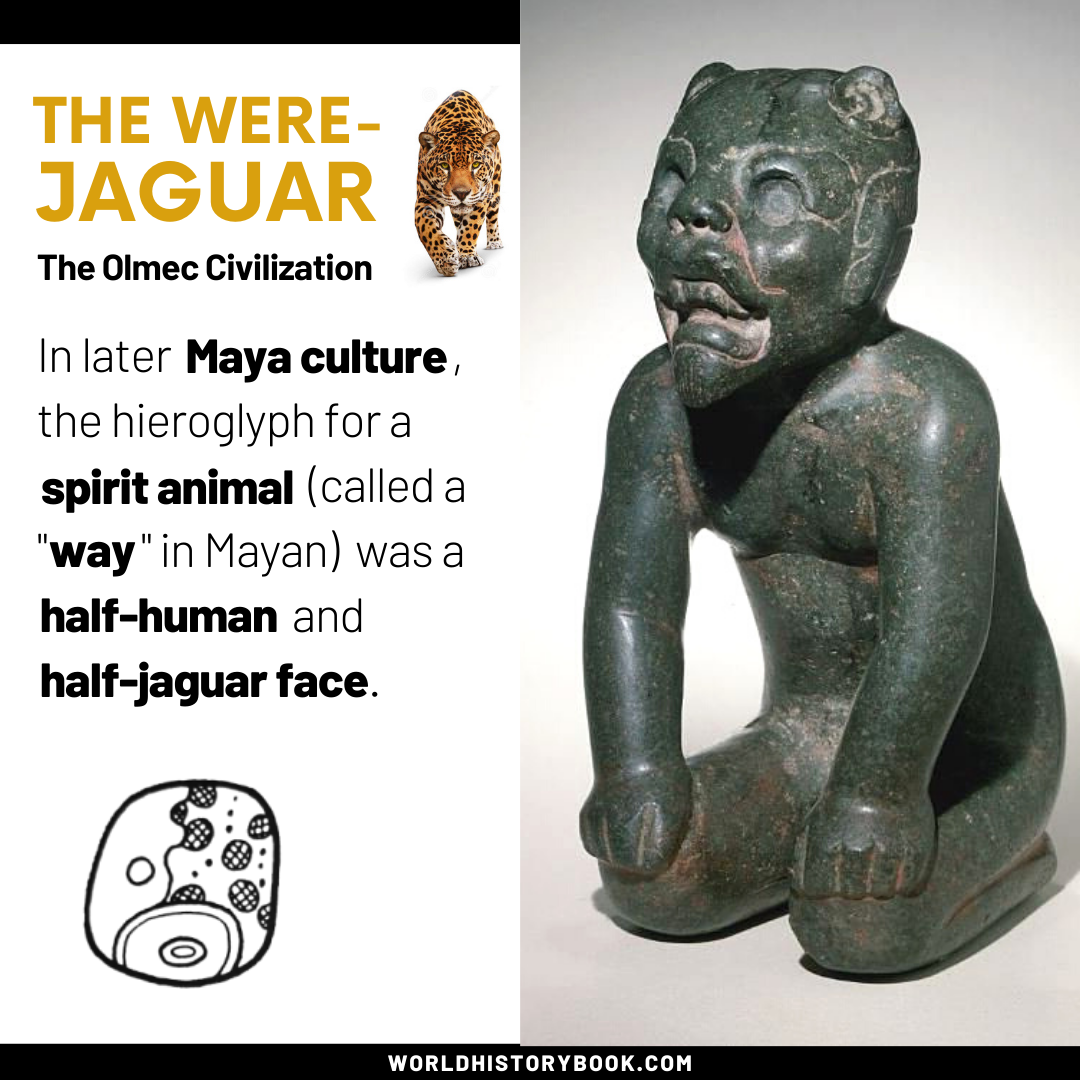 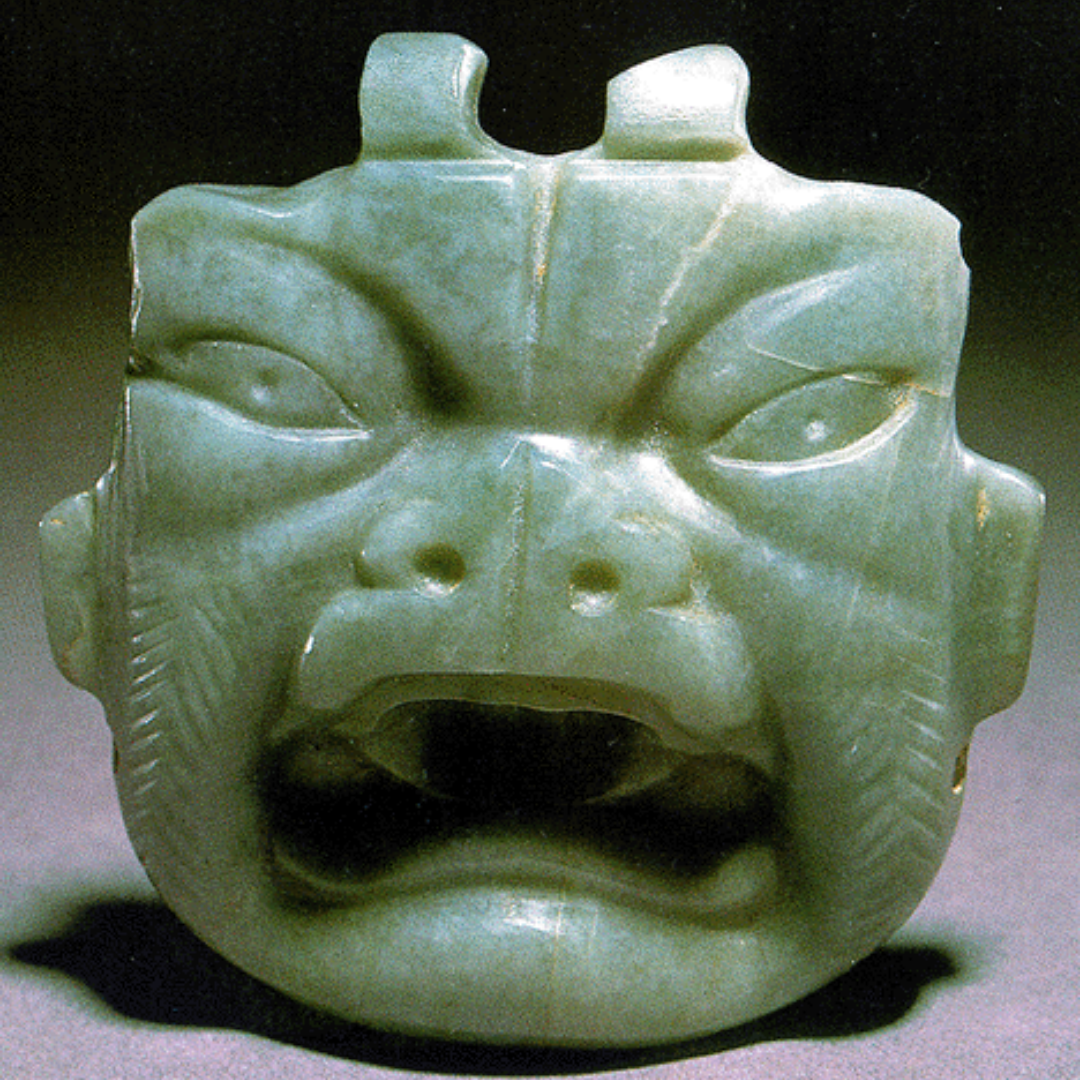 Olmec stone "altars", or what might in fact be large thrones, show mysterious figures—perhaps ancestors—emerging from caves, some holding a "jaguar baby" (more on this in the previous post). Some believe they depict a connection between the living and the ancestors from the underworld, but since we do not have their mythology in writing, it is hard to tell whether this is in fact correct. 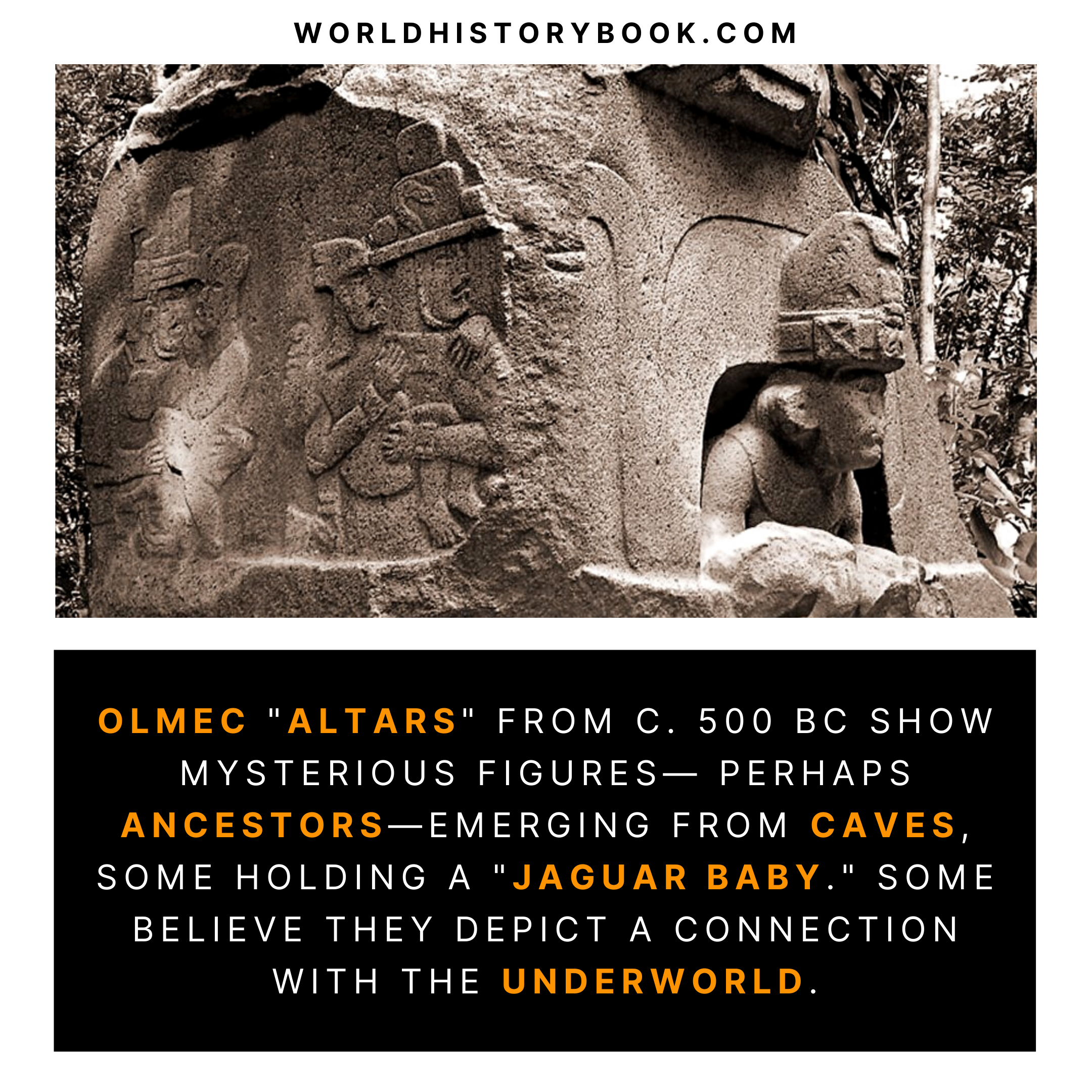 Maya hieroglyphs are more than just a script, they are an artform. Writers were allowed to change the look of glyphs according to their own taste. They even used the same word for "writer" and "painter". 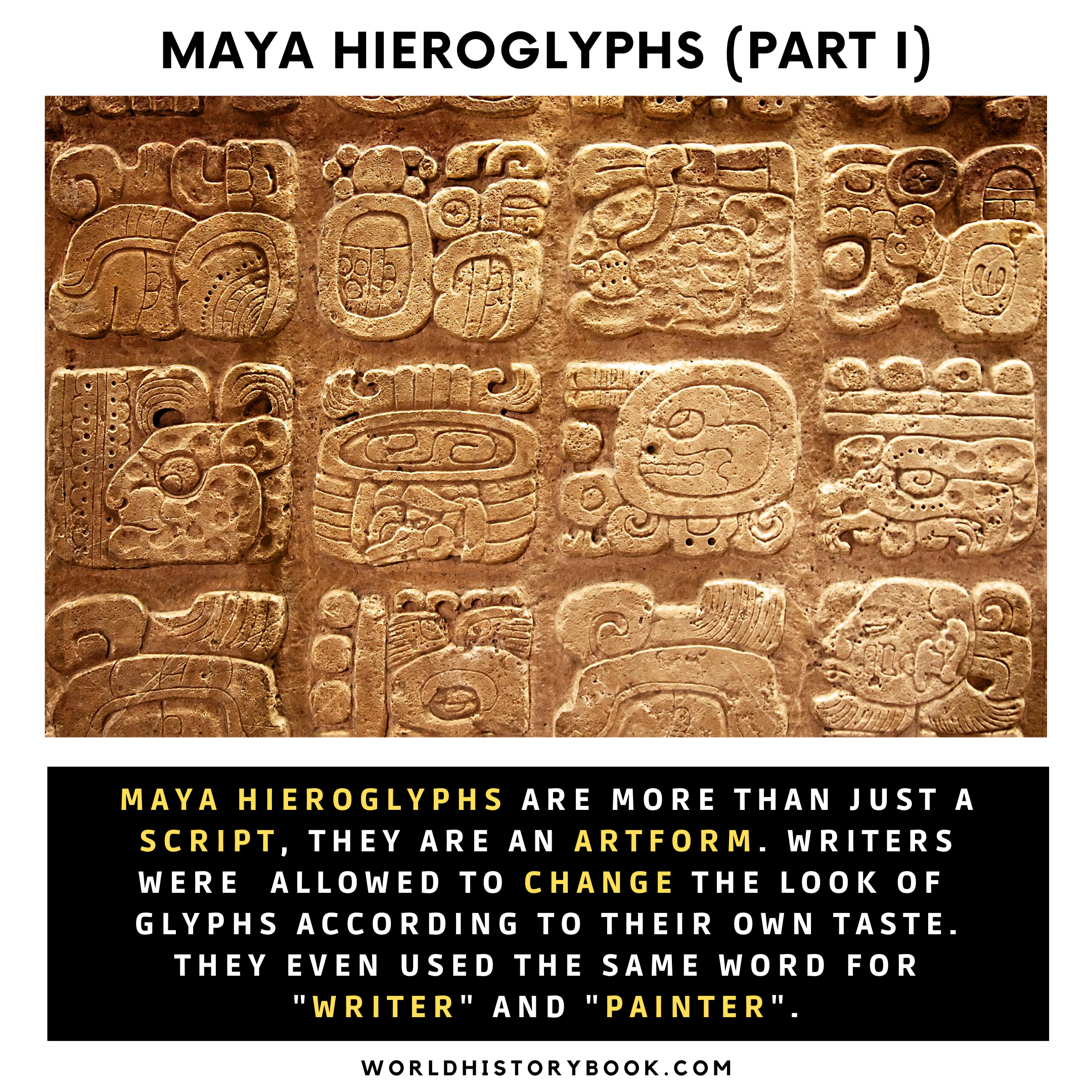 During the deciphering of the Maya language, it was found that glyphs could stand for both syllables and entire words. Above, we see two glyphs often found in association with a Mayan king. The first depicts a shield, which reads "pakal". The second consists of three syllables, which reads "Pa-Ka-L(a)". Both words matched! 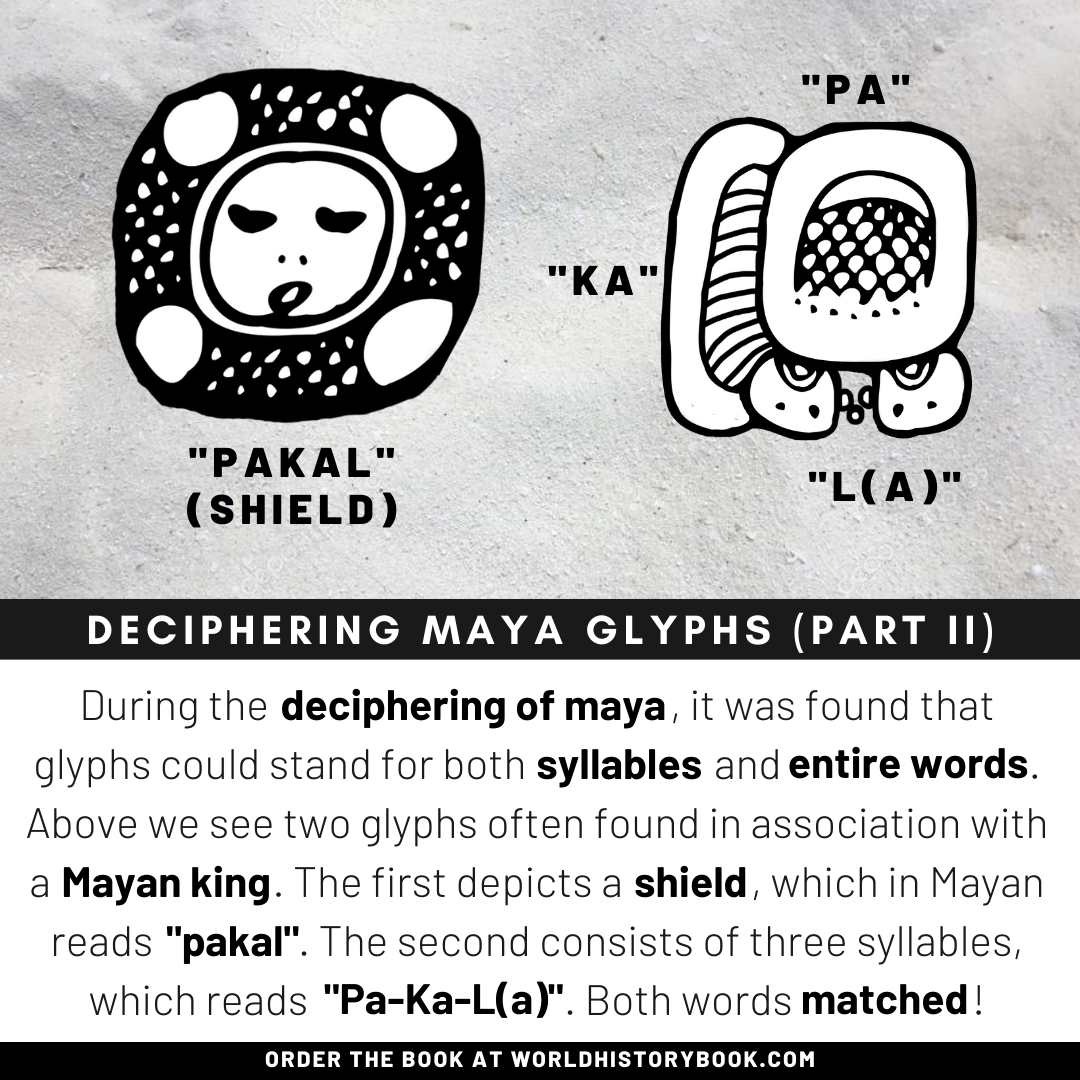 What made the Maya language especially difficult to decipher, was the many variants in which any word or syllable could be written. In the upper left corner we see the many ways to write the letter "u". On the right we see the world "zero" written as an abstract symbol, as a head and as an entire human being. 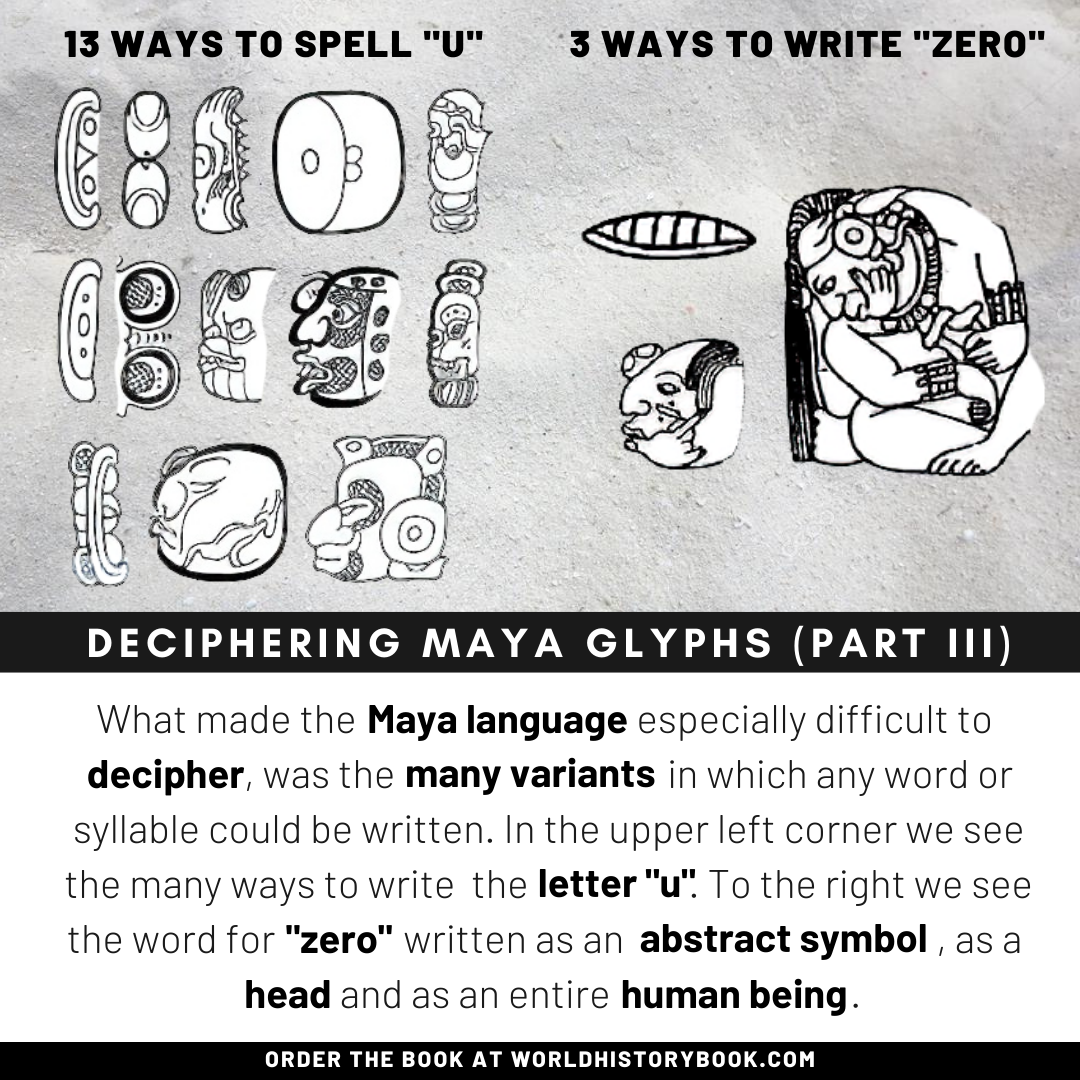 This stela contains the oldest long text written in the Olmec language, though smaller fragments of writing might be up to 1000 years older! 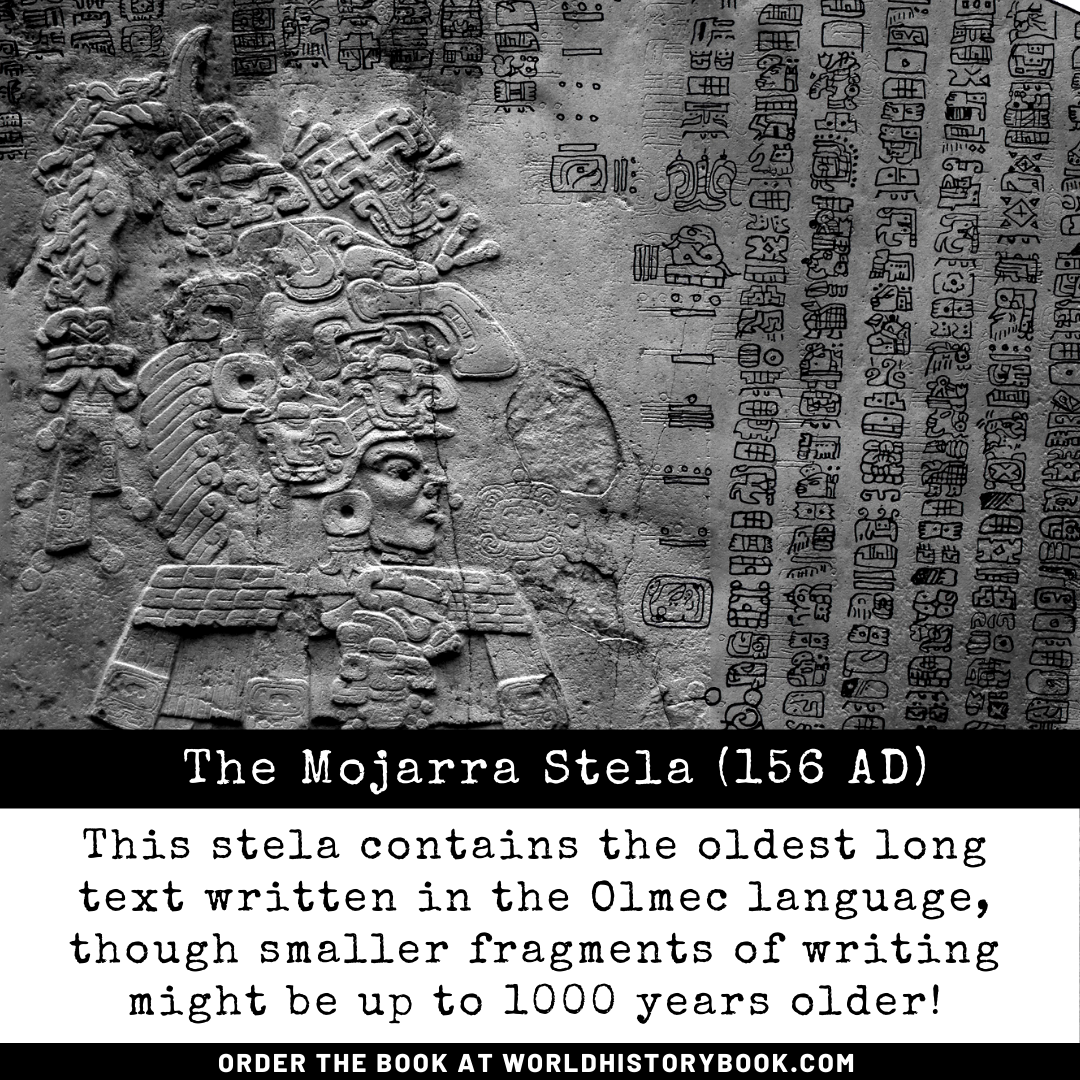 In 1701, a priest convinced a number of Mayans to share their mythology. What seemed like a local tale turned out to be an ancient creation story, which popped up in sculptures all over the archeological record. 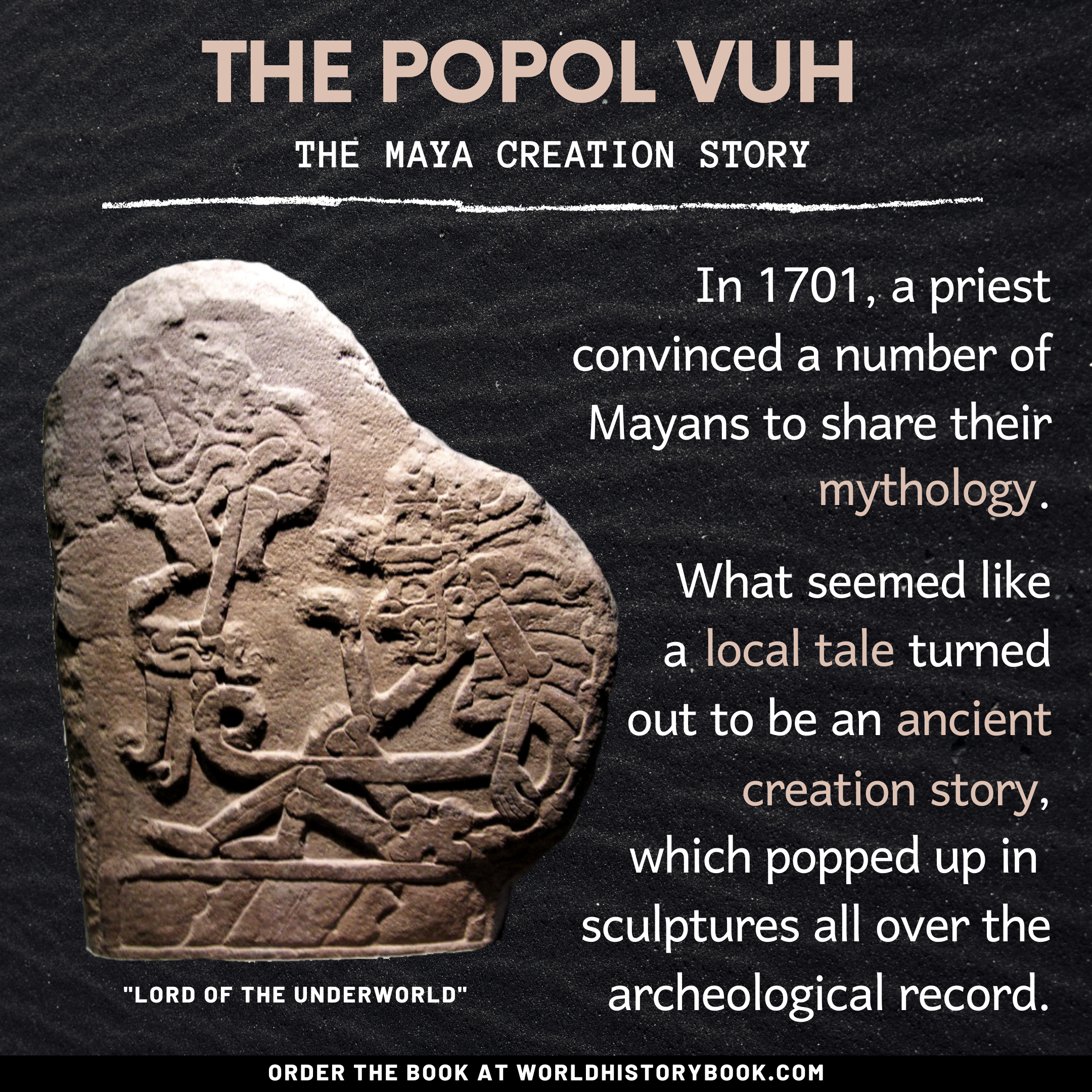 The Killing of 7 Macaw

In the Popul Vuh, the creation story of the Mayans, a giant shining bird named "7 Macaw" sat on the top of a huge tree and proclaimed himself the sun and the moon. Because of his boastfulness, two hero twins shot him down with their blowguns. 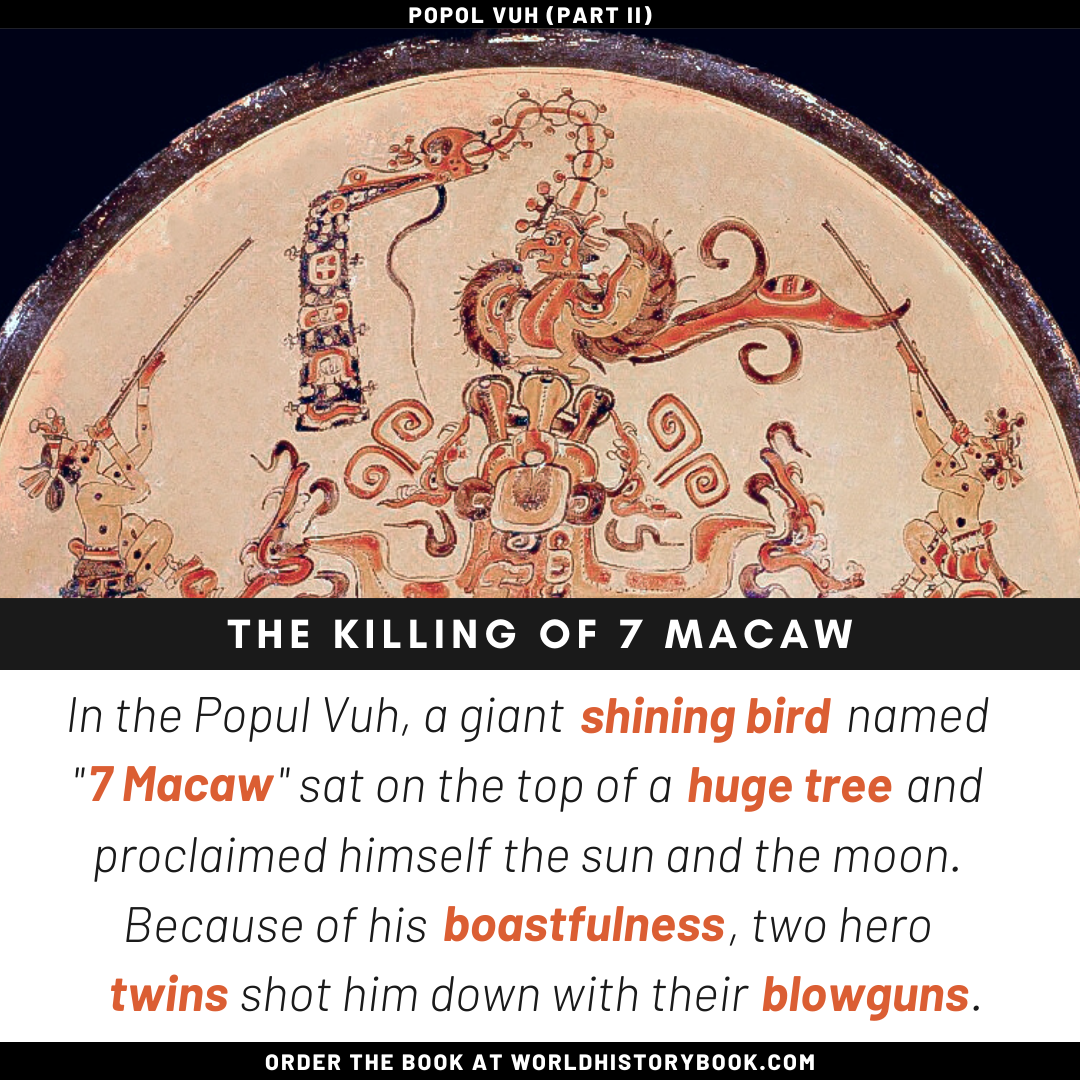 The mythological bird "7 Macaw" fell to the earth and broke his jaw. The hero twins convinced the bird to give up his jeweled teeth and exchanged them for corn kernals, claiming they could fix them. Without his teeth, the bird was easily defeated. 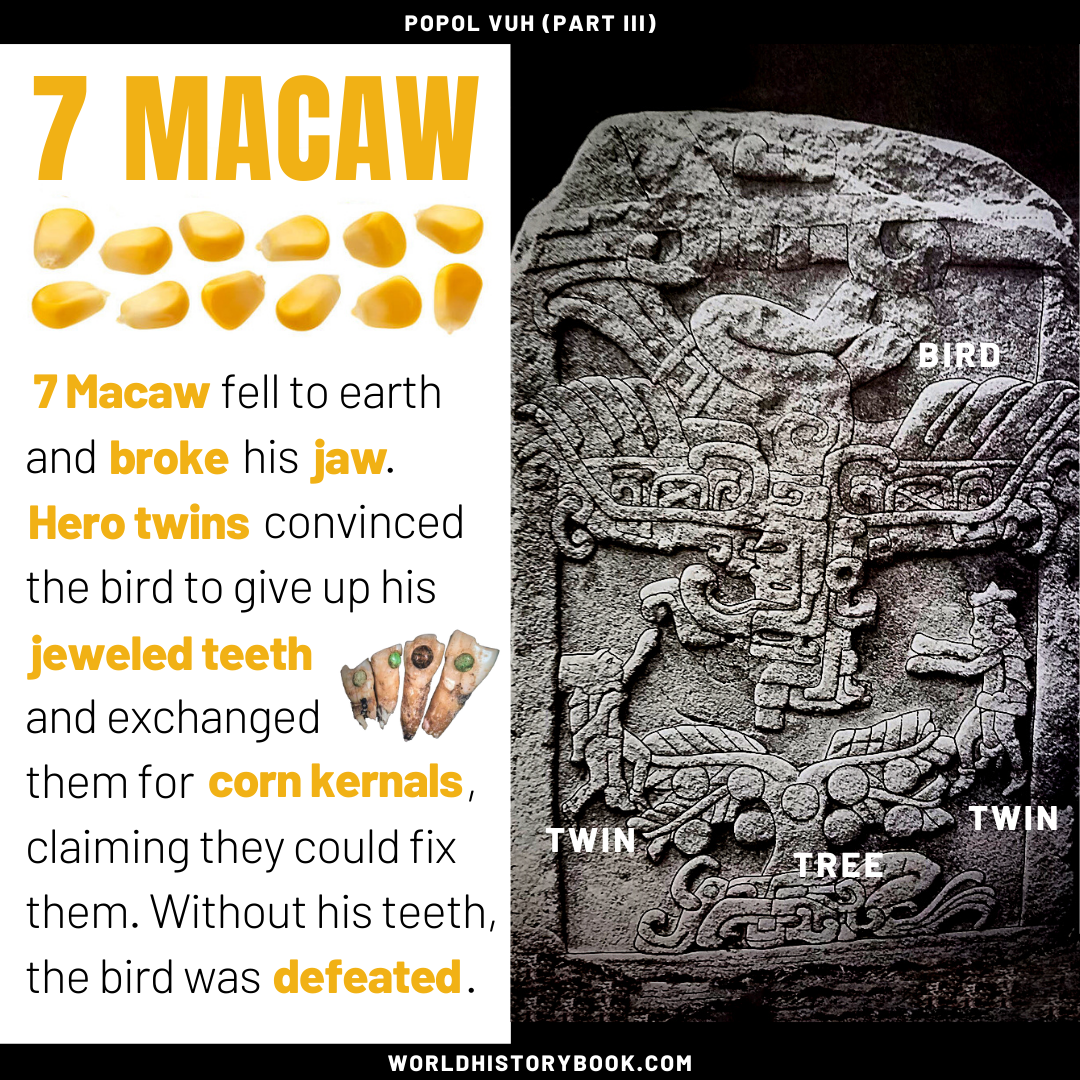