The ziggurats are the pyramids of Mesopotamia (modern day Iraq). In the past every ziggurat was topped by a temple. Being the closest thing to heaven, it became the place where priests contacted the gods.The ziggurat shown is from the ancient city of Ur and is dramatic in size, being as high as a thirty storied building.

The top of the ziggurats were also ideal for astronomical observations, since it gave an unobstructed view of heavens. The priest believed that the positions of the heavenly bodies contained information about the will of the gods and the study of the night sky therefore became one of their most important tasks. These priests, therefore, were rightly believed to be the first professional astronomers. They discovered all the planets visible to the naked eye. 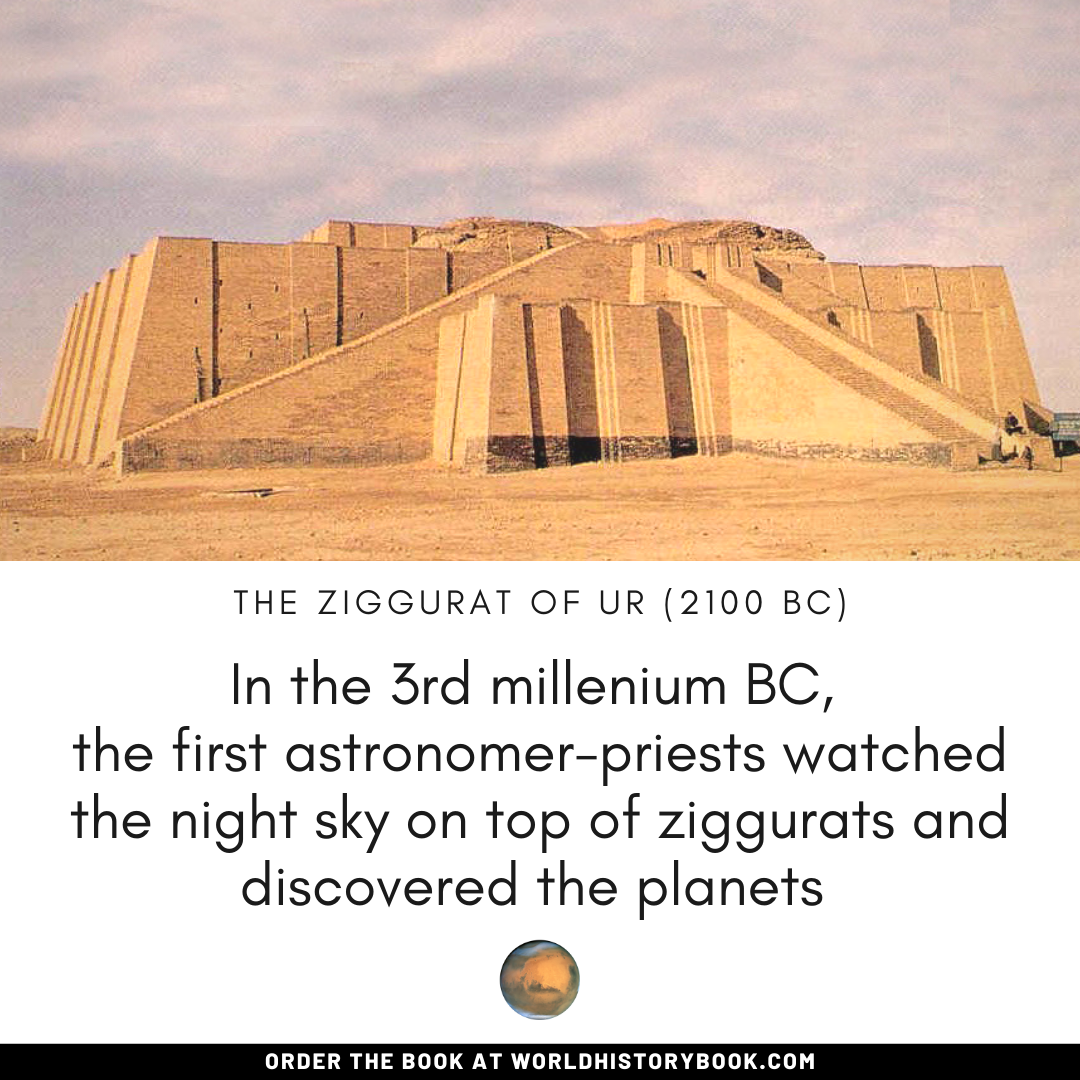 When the Babylonians took over Mesopotamia around 1900 BC, the astronomical research intensified. From this era we have the world's oldest known astrological text: the Venus Tablet of Ammisaduqa, dating from around the 17th century BC.

It is a systematic compilation of omens drawn from the dates on which Venus first and last appeared above the horizon over the course of 21 years. The text contains predictions about floods, the availability of food, the outcomes of wars and so on. For example: 'In month Arahsamna, 11th day, Venus disappeared in the east. Two months ... days it stayed away in the sky. In month Tebeti, ...th day, Venus became visible in the west: the harvest of the land will prosper.' 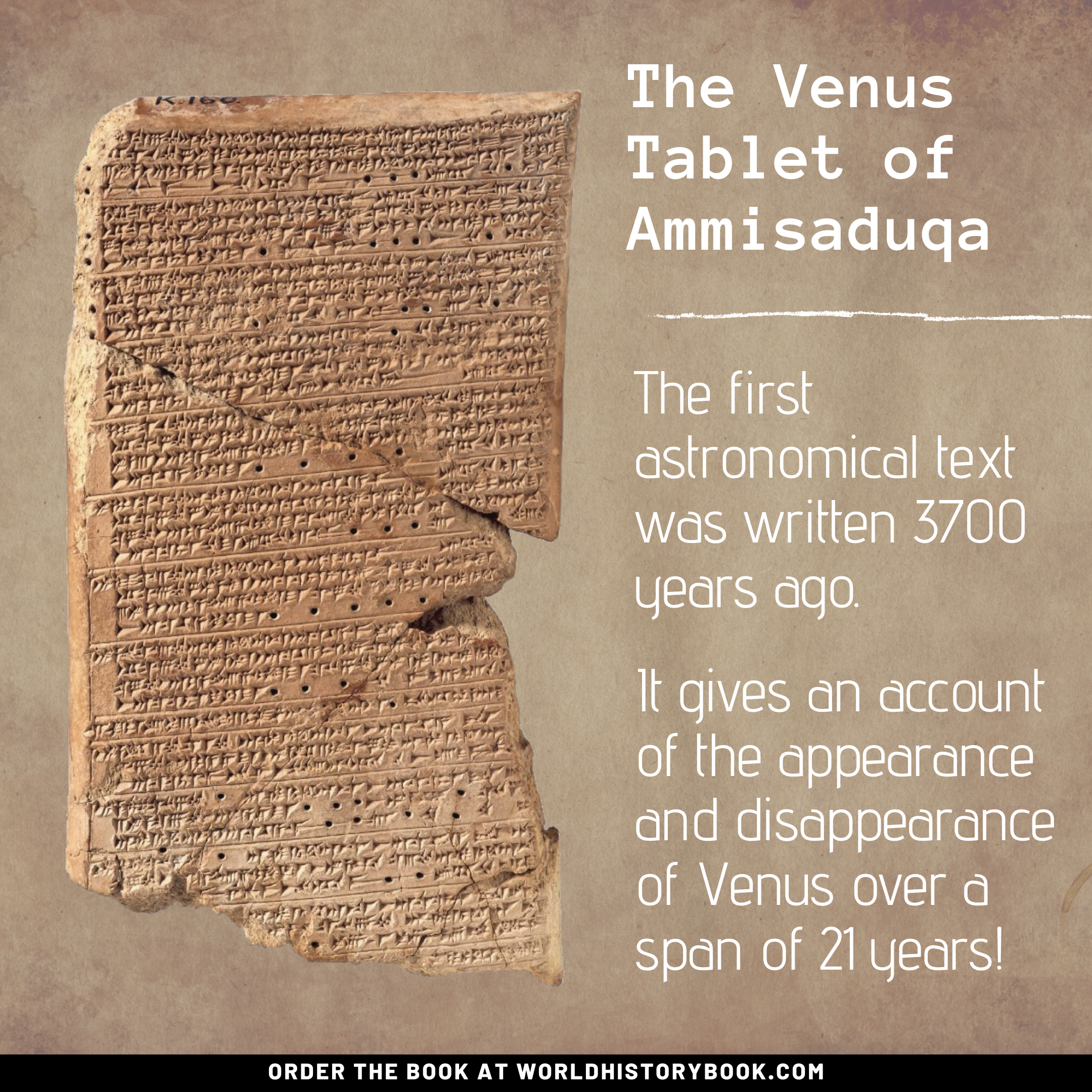 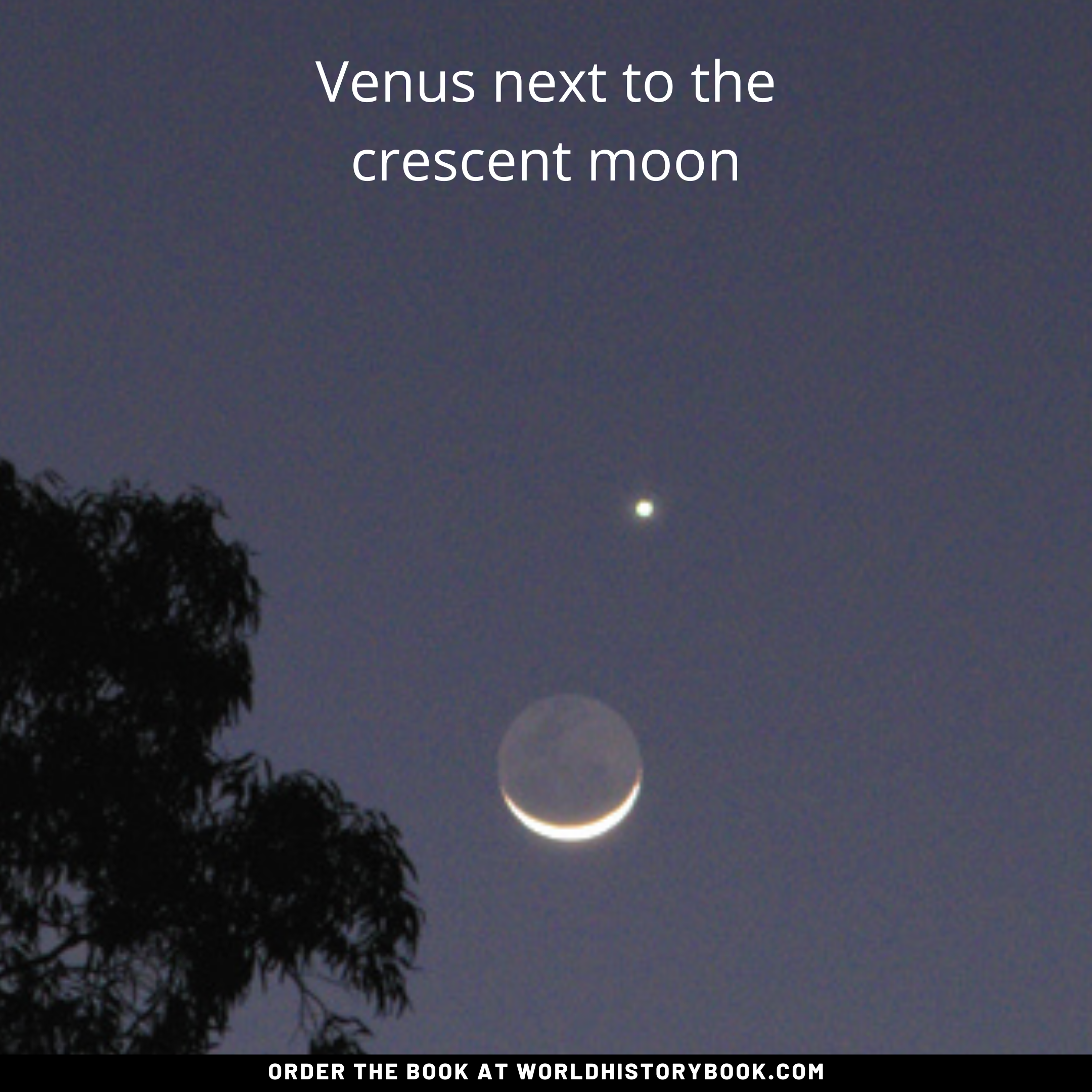 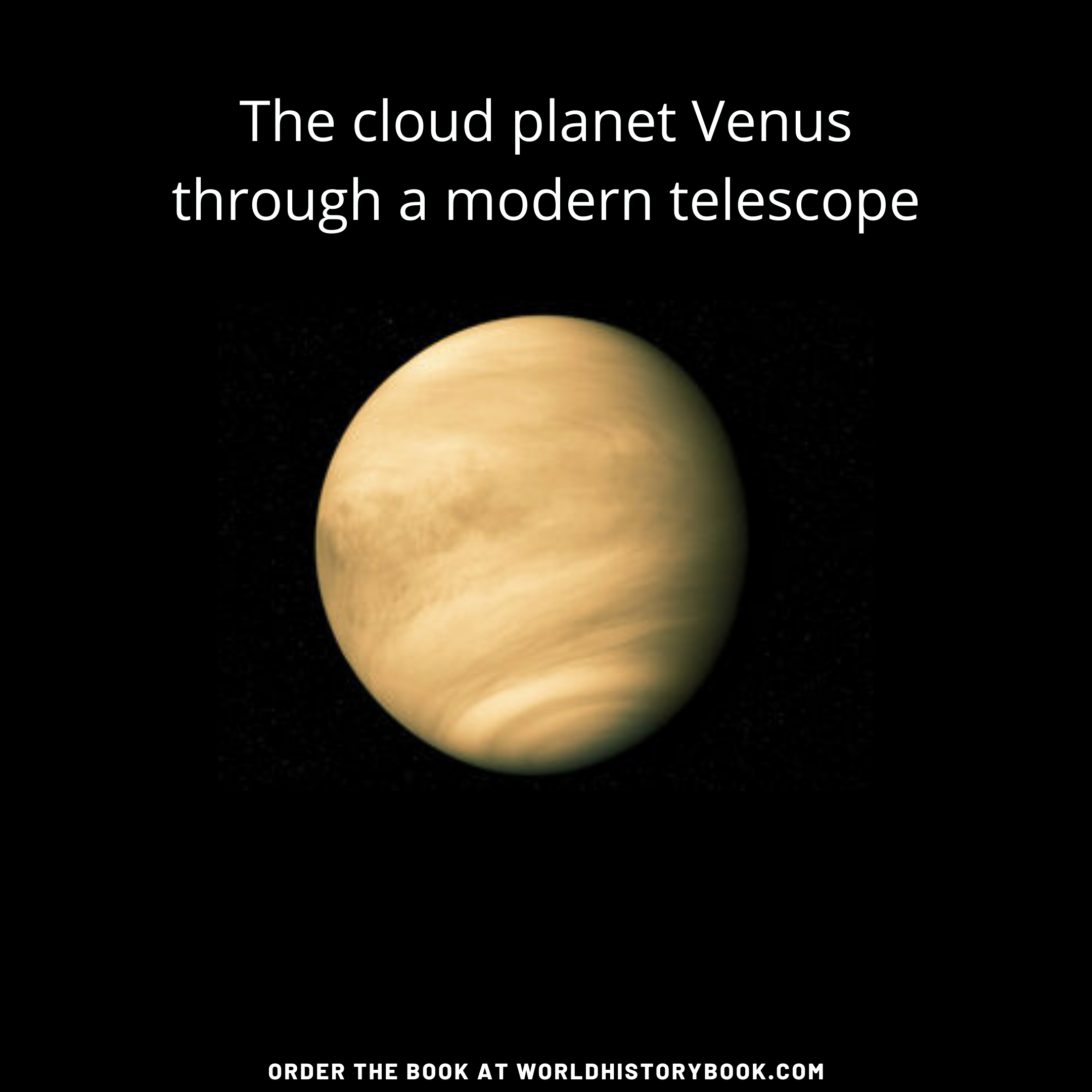 Mesopotamian artist were obsessed by the astronomical discoveries of their day. The image above shows the pointed "star" Venus, the winged sun, the crescent moon and the 7 stars of the Pleiades star system (look it up at night. 7 stars closely grouped together). 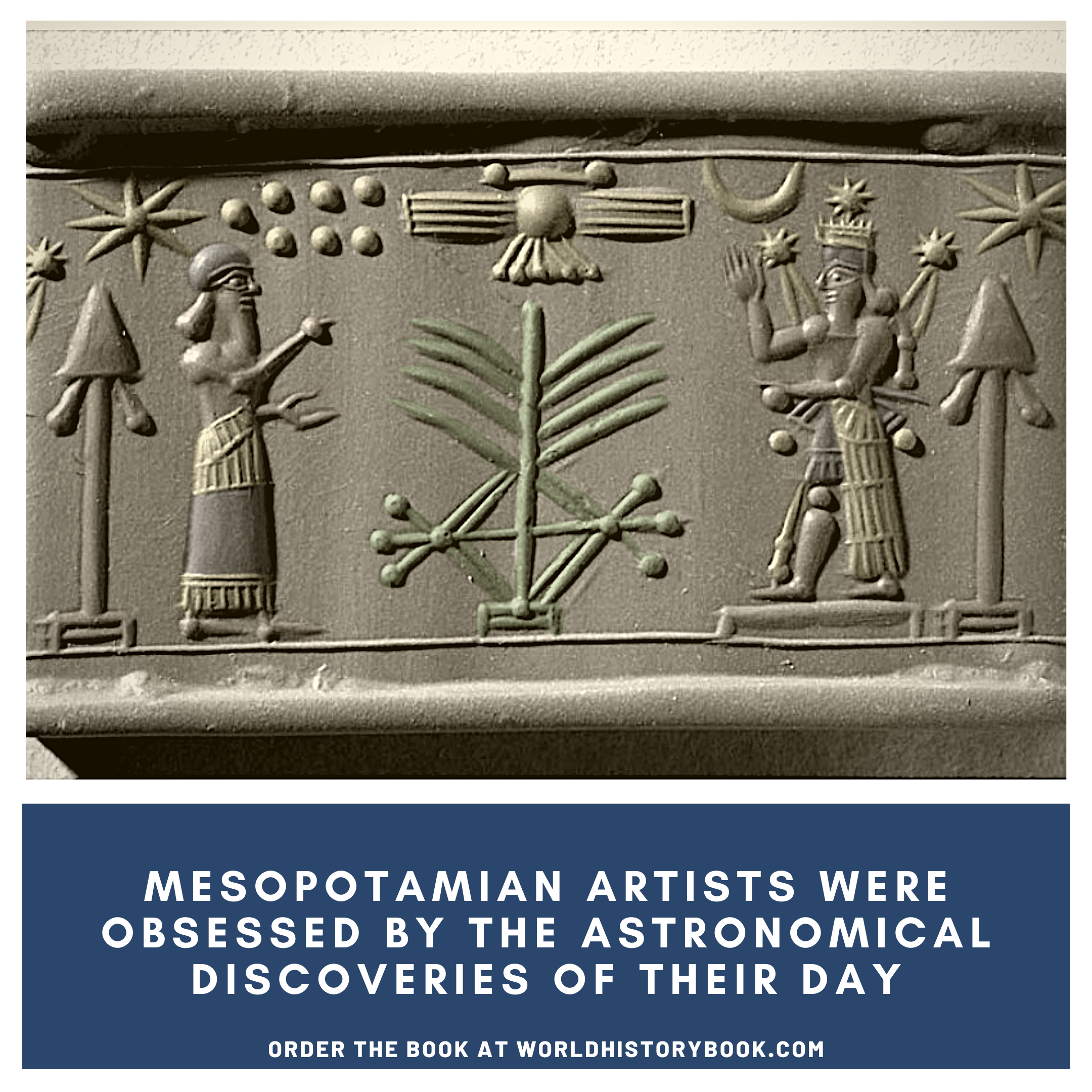 The Book of Heaven

The Mesopotamian astronomers went way beyond just discovering the planets. They also traced their movement and discovered they followed predictable periodic paths. It isn't surprising that these astronomers soon hypothesized that the motion of the planets was governed by laws that were set in motion by the gods. The idea arose of a divine cosmic order established by the gods. Even the king was simply a 'servant' to these laws.

The purpose of life on Earth subsequently became to live in accordance with this order. To know how the humans were to serve the gods, it was therefore necessary to read the stars. This is why they called the night sky the Shitir Shame (the Book of Heaven). 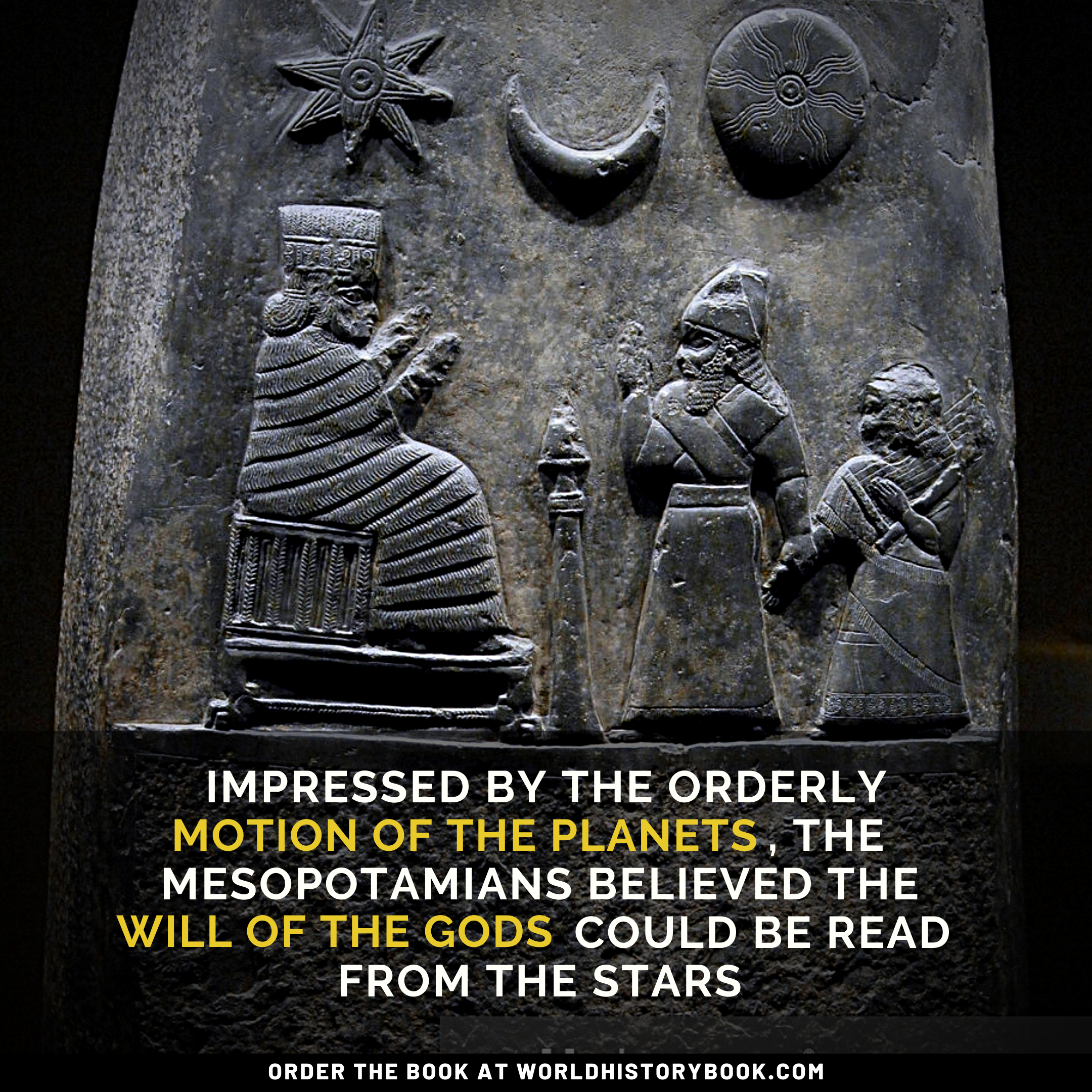