In the 17th century, the philosopher John Locke noticed that the intellectuals of his day tended to make big claims about the world without supplying convincing sensory evidence.

Instead, Locke argued for intellectual honesty. If our evidence is not strong enough to answer a question, we should be brave enough to admit ignorance. This idea became one of the hallmarks of the scientific method.

Locke analysed this problem in his groundbreaking Essay Concerning Human Understanding. It's goal was to "inquire into the [...] certainty and extent of human knowledge." 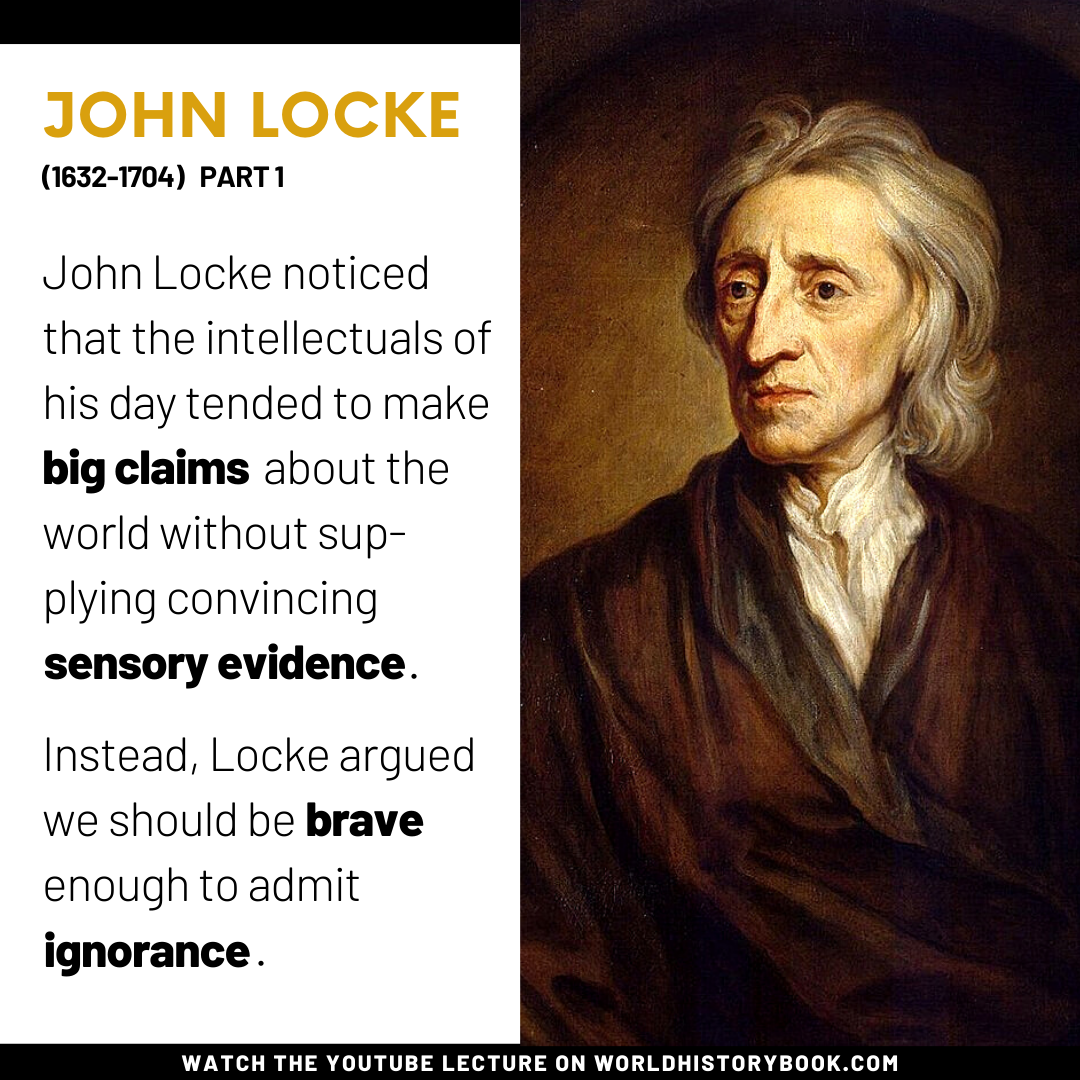 No Knowledge Beyond Experience

In his Essay Concerning Human Understanding, Locke argued against the concept of innate ideas. Various thinkers, including Plato and Descartes, had claimed that some ideas are within us from birth. Instead, Locke proposed that knowledge exclusively comes from experience. We can gain knowledge either through the senses (1) or through reflection on this sensory data (2).

To bring this point home, he famously wrote:

No man's knowledge here can go beyond his experience. 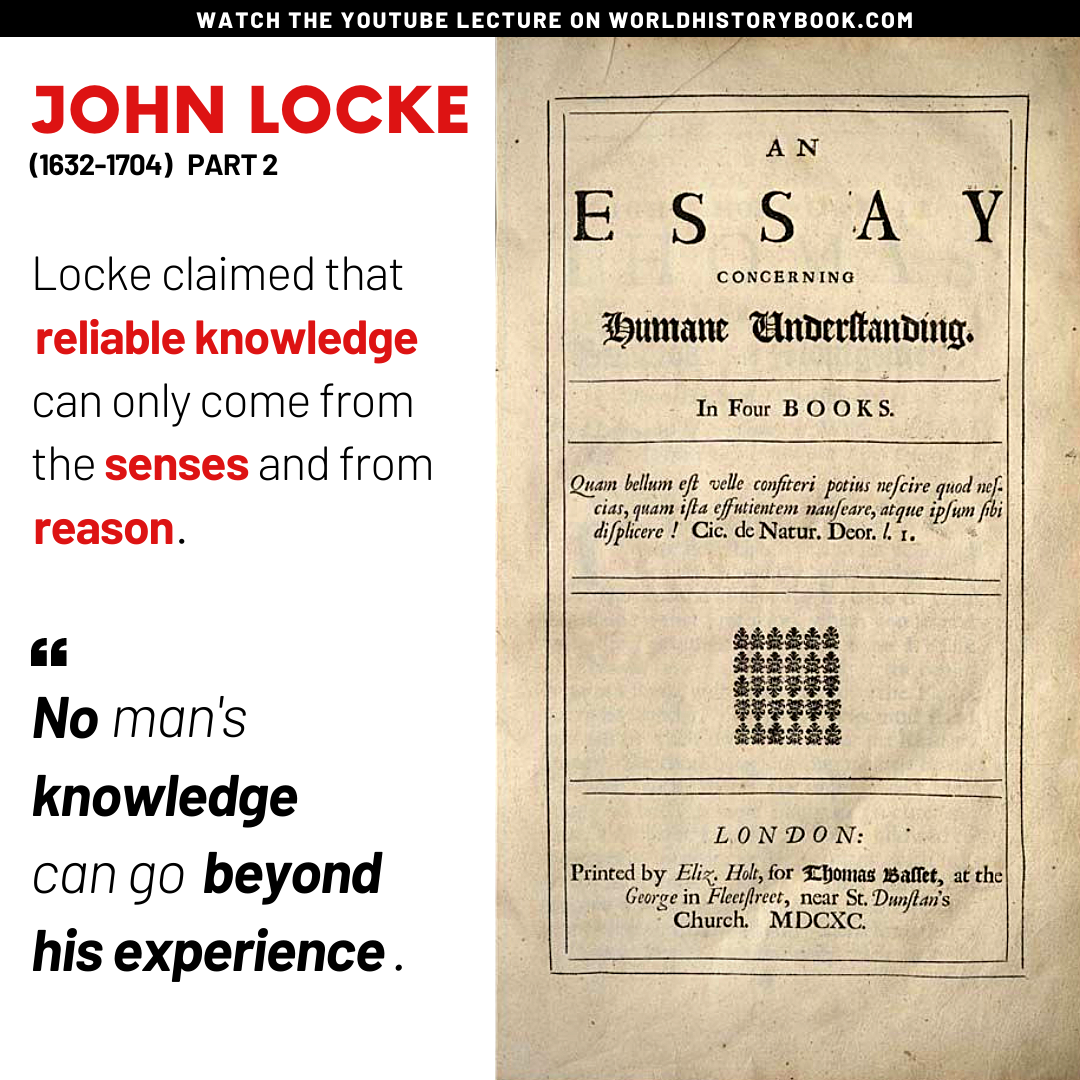 John Locke On the Nature of the Soul

John Locke claimed that any theories on the soul were not based on the available evidence and should therefore be discarted. For instance, he claimed there is no way to know whether, for instance, God gave our material body the capacity to think or whether God added an immaterial soul to our body with the capacity to think. No matter who you are, there is no way distinguish between these two hypotheses with the evidence at hand. 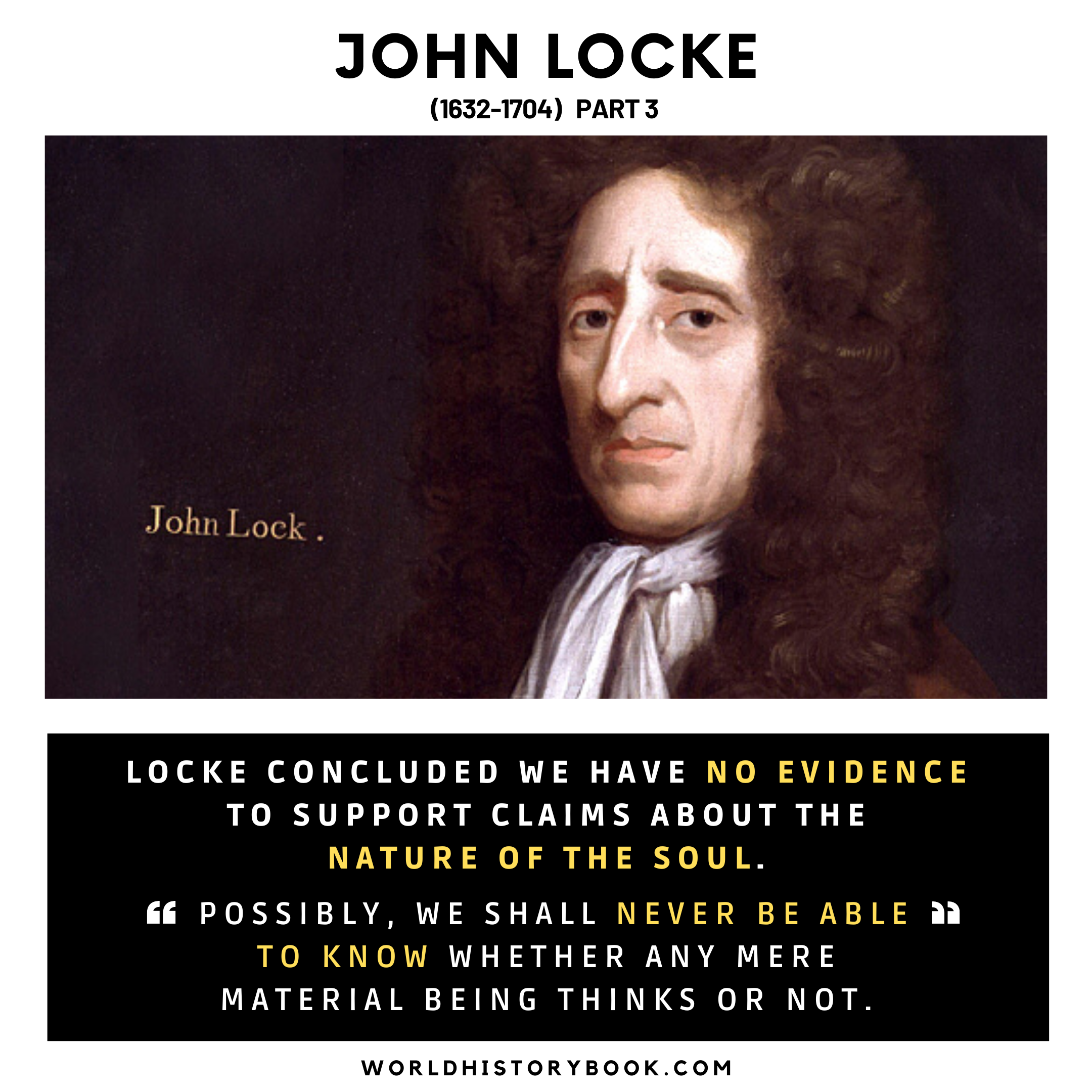 The French philosopher Voltaire became one of Locke's greatest defenders. Voltaire wrote that it was brave of Locke to admit ignorance when no evidence was avaible, for instance on the nature of the soul (see the previous post). He wrote Locke "dared modestly to propose: We will never, perhaps, be able to know whether a purely material being can think."

Voltaire claimed it was courageous of Locke to admit ignorance when insufficient evidence was available. He famously added:

As for me, on this matter I boast that I am as stupid as Locke. 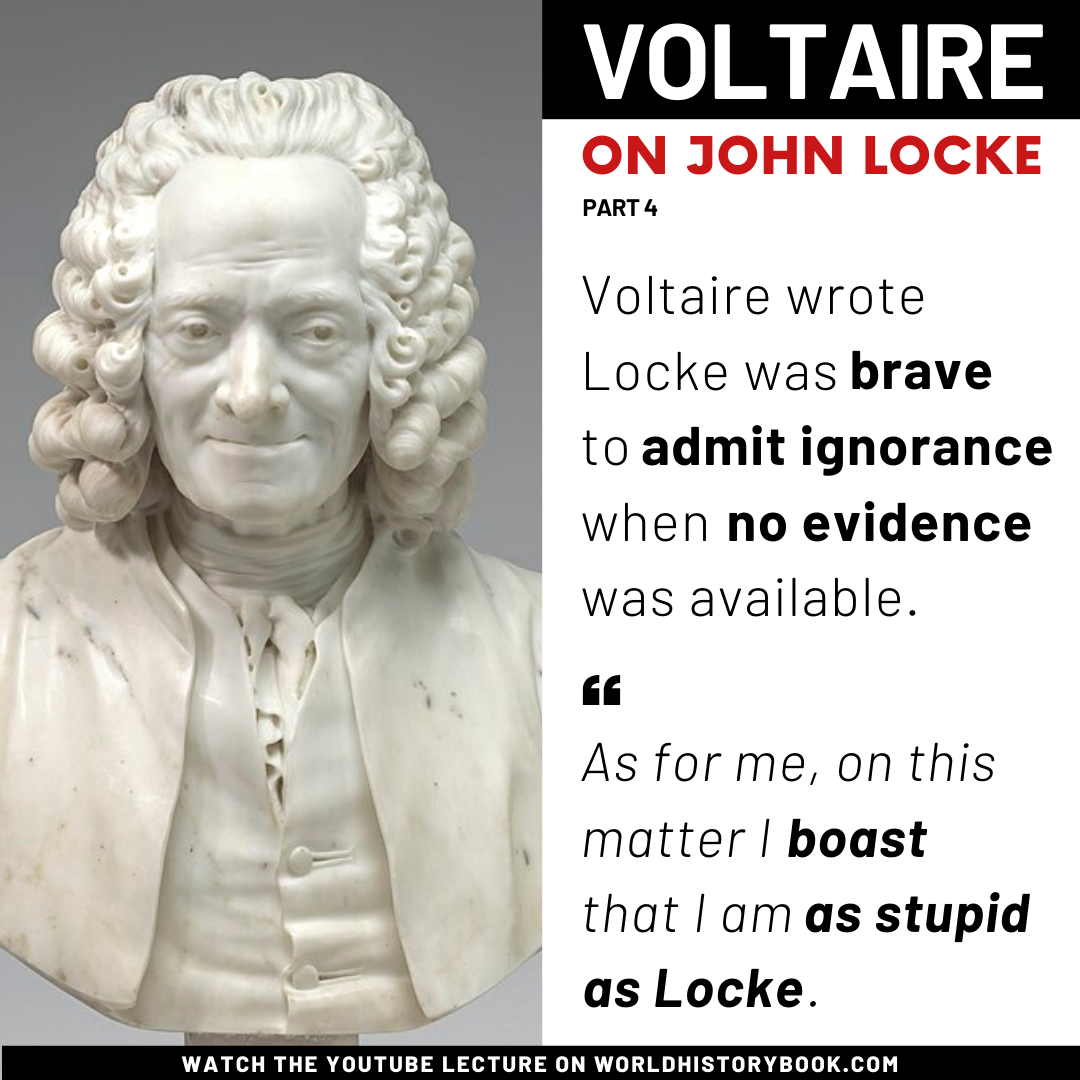 Locke pushed the ideas that "all knowledge comes from experience" to the extreme, claiming that a body is born without any preformed ideas and therefore gains all his ideas strictly through experience. To illustrate this, Locke compaired a newborn with a white paper (or, as it was later called, a "blank slate" or "tabula rasa."). He wrote:

Let us then suppose the mind to be, as we say, white paper, void of all characters, without any ideas: how comes it to be furnished? [...] To this I answer, in one word, from experience. In that all our knowledge is founded; 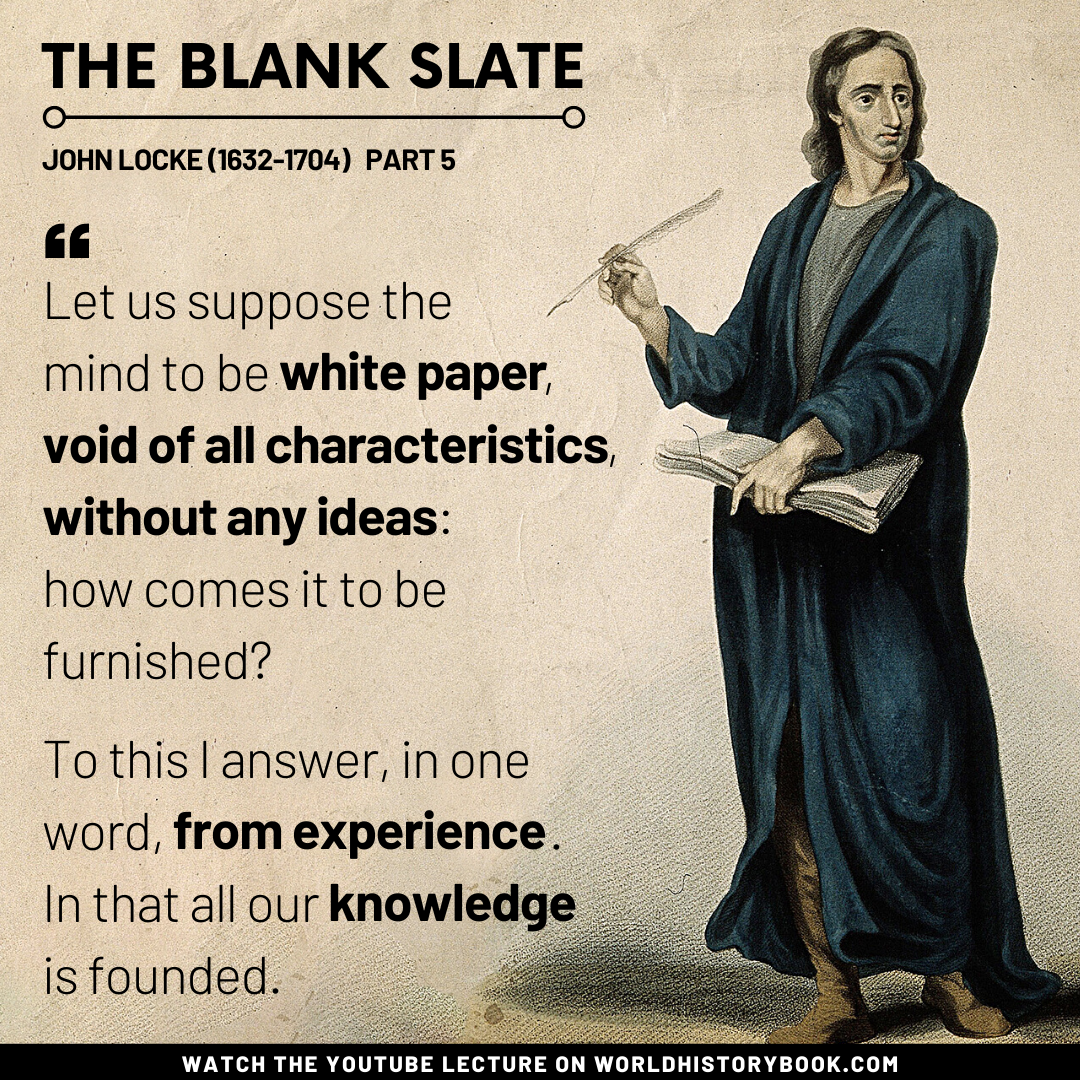