THE EPIC OF GILGAMESH

The Epic of Gilgamesh

Hey! Welcome back. I have been busy finishing the third draft of my book, so little time for posts. But now I'm back!!

The next few posts will be about the first masterpiece literature in world history: the epic of Gilgamesh.

The story raises questions still relevant to the modern reader. Gilgamesh spends many years going on adventures with his friend Enkidu, but when his friend dies, he finds himself unable to cope with his own mortality. He then starts wandering the Earth to find answers, hoping—in vain—to gain immortality.

The story can be found with an easy google search and only takes an afternoon to read. Well worth your time. 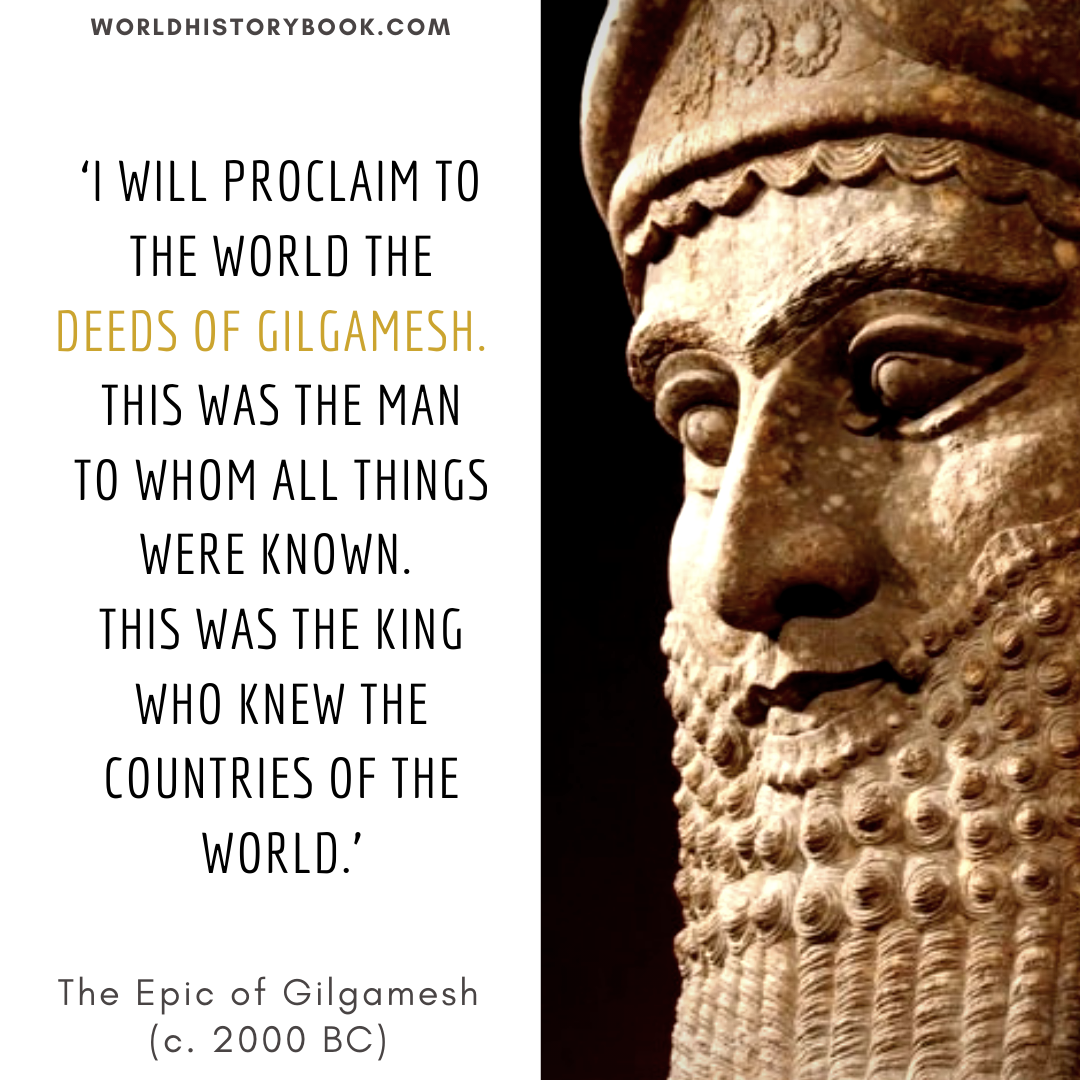 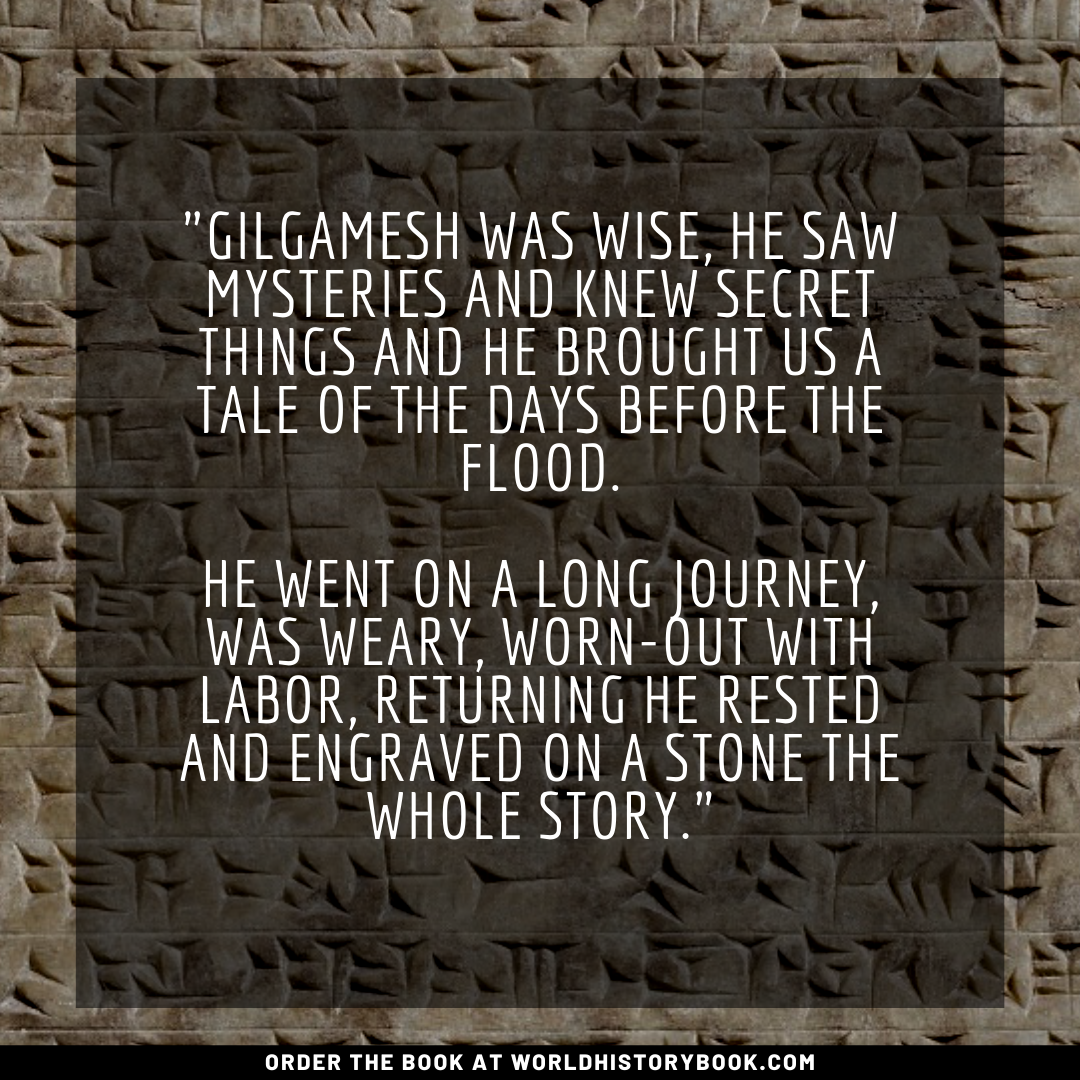 The epic of Gilgamesh starts as a boyish adventure story and halfway turns to deeper psychological questions. In this post we will deal with the first part.

King Gilgamesh was part man and part god and as a consequence, no one on Earth could match up to his strength. As a result he became restless. When he began to sleep with the wives of the city, the citizens prayed for the gods to make him an equal.

This equal was Enkidu, a man who grew up in the wild between the animals. When the two finally met, they immediately started to wrestle. Realizing they had met their match, they became best friends.

Being restless in the city, the two friends set out on various adventures. On the first adventure, they fought Chumbaba, the guardian monster of the cedar forest.

The adventure depicted above, the two friends fight the Bull of Heaven, send by the jealous goddess Innanna. 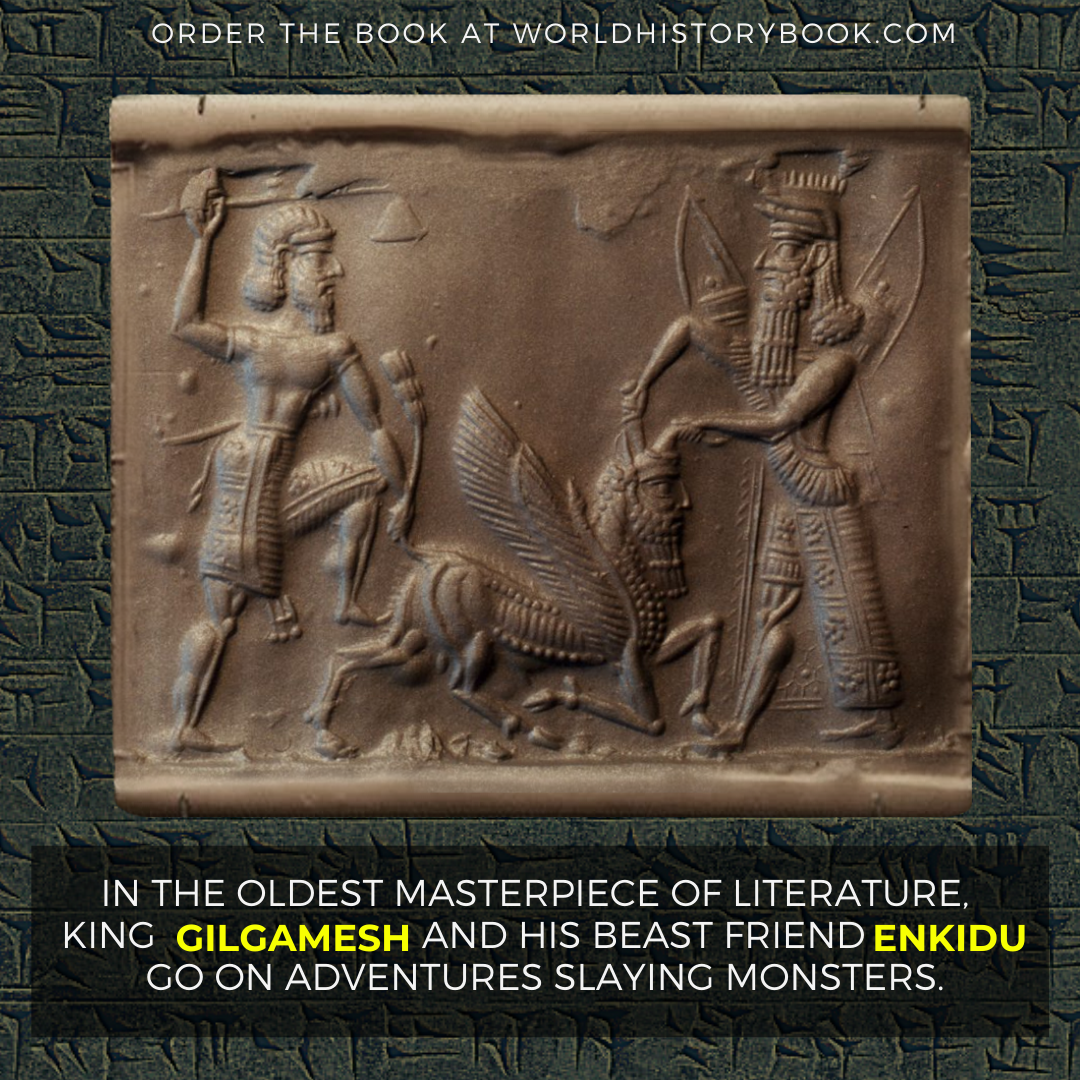 One of the darker posts yet. This post about the Epic of Gilgamesh describes a dream of the hero Enkidu foretelling his death.

The Mesopotamians did not believe in heaven. Instead, they thought that all souls will enter a house in the underworld, where they will lead empty, non-substantial lives for all eternity. This gloomy prospect made that Mesopotamians had to come to terms with their mortality, similar to many of us today.

'There is the house whose people sit in darkness; dust is their food and clay their meat. They are clothed like birds with wings for covering, they see no light, they sit in darkness. I entered the house of dust and I saw the kings of the earth, their crowns put away forever; rulers and princes, all those who once wore kingly crowns and ruled the world in the days of old. And there was Ereshkigal the Queen of the Underworld; and Befit-Sheri squatted in front of her, she who is recorder of the gods and keeps the book of death. She held a tablet from which she read. She raised her head, she saw me and spoke: 'Who has brought this one here?' Then I awoke [in terror].

The image depicts Arzu, a demon who stole the tablet of destiny from the gods and was subsequently defeated by the god Ninurta. 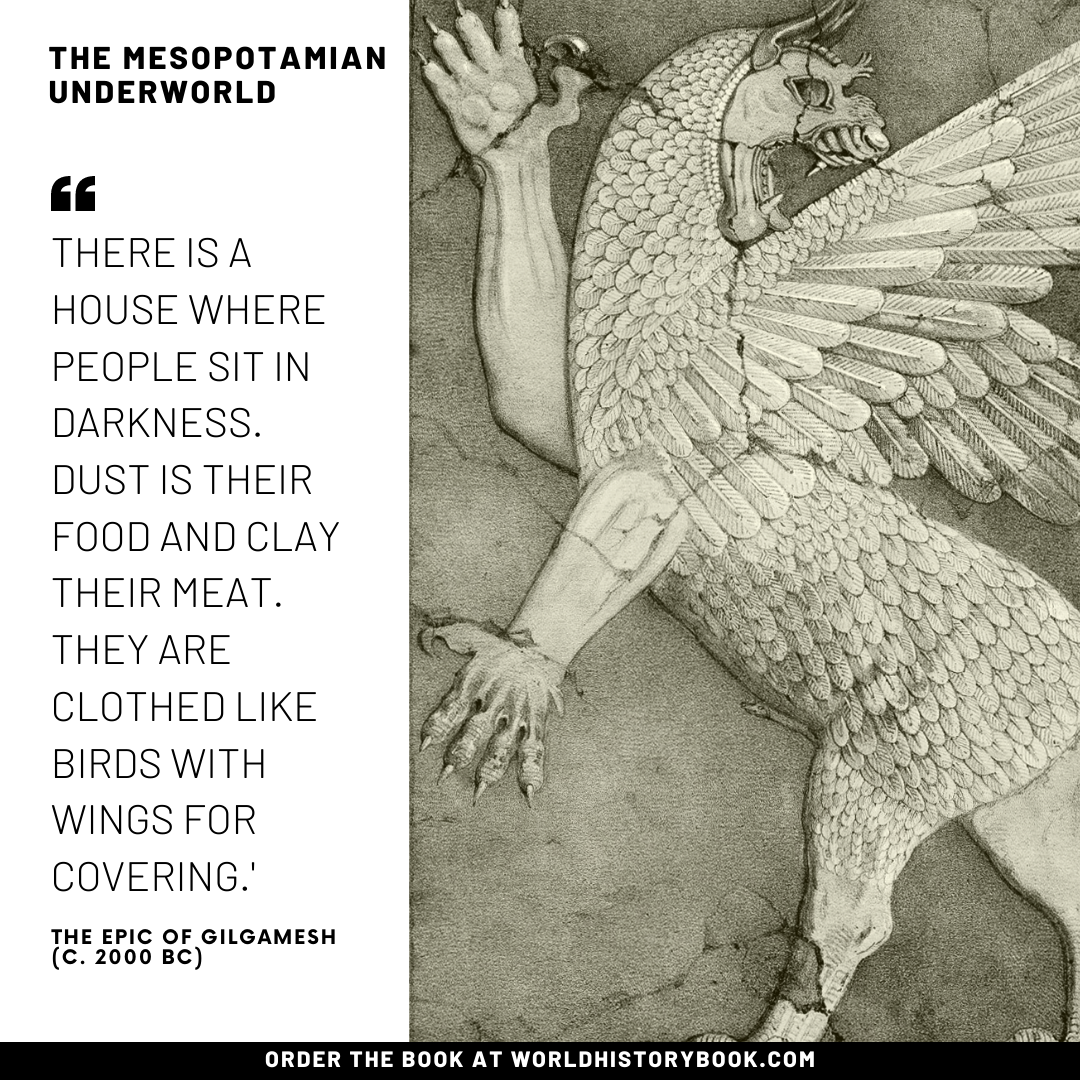 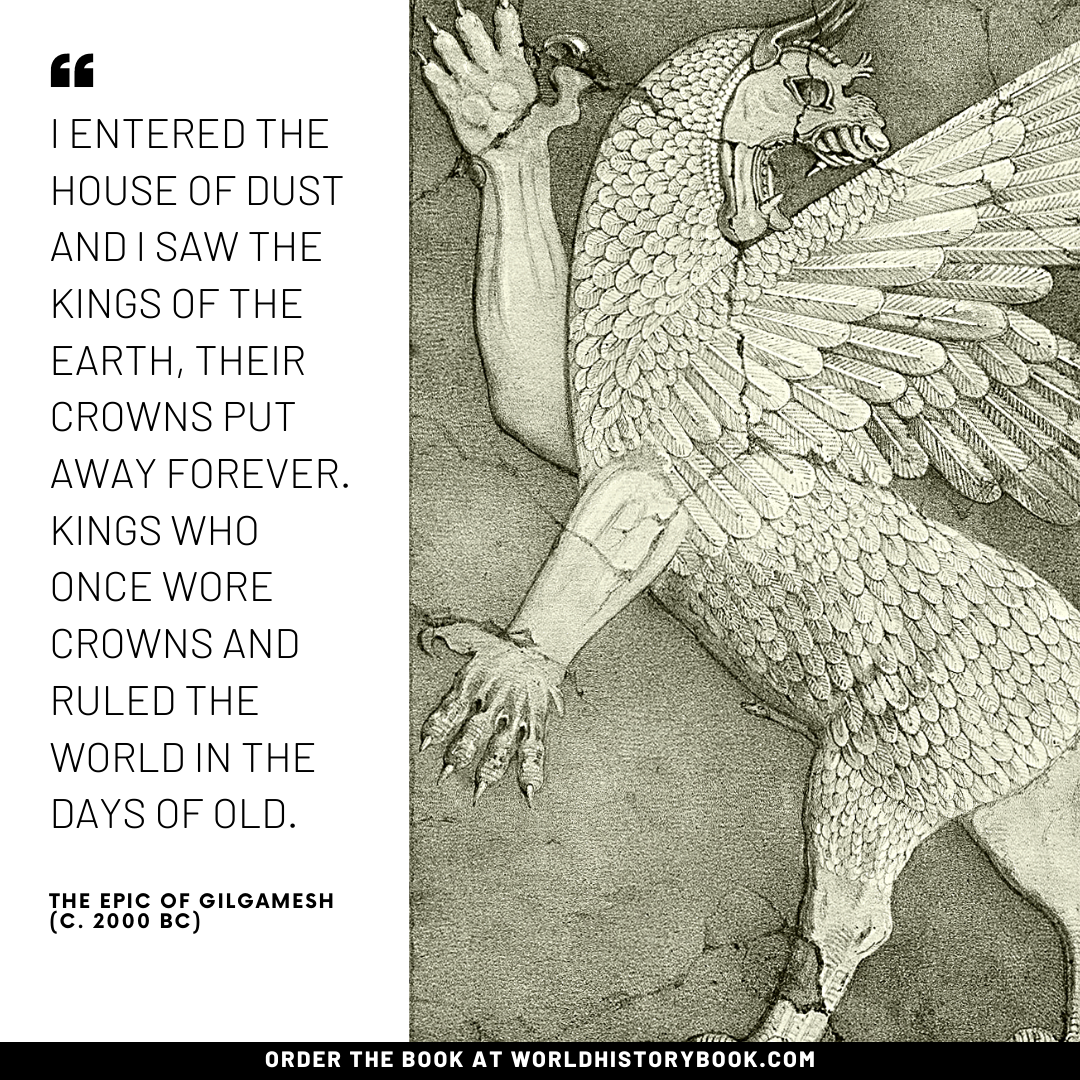 After killing a number of divine monsters, the heroes Gilgamesh and Enkidu celebrated their victory. But what seemed like a boyish tale of adventures suddenly turned into something darker. By killing these divine guardians, the two heroes had angered the gods. Looking for revenge, they cursed Enkidu, making him sicker and sicker, until eventually he died.

Since I was a kid, this scene has always shocked me, which finally inspired me a few years back to draw this scene. I hope you guys like the result.

'What is this sleep which holds you now? You are lost in the dark and cannot hear me.' [...] He touched his heart but it did not beat, nor did he lift his eyes again. [...] He began to rage like a lion, like a lioness robbed of her whelps. He paced round the bed and he tore out his hair. He dragged of his splendid robes and flung them down as though they were abominations.'

Gilgamesh couldn't handle his death and went mad, roaming the earth in search for answers.

Wonder what happens next? The next post will be published in two days! 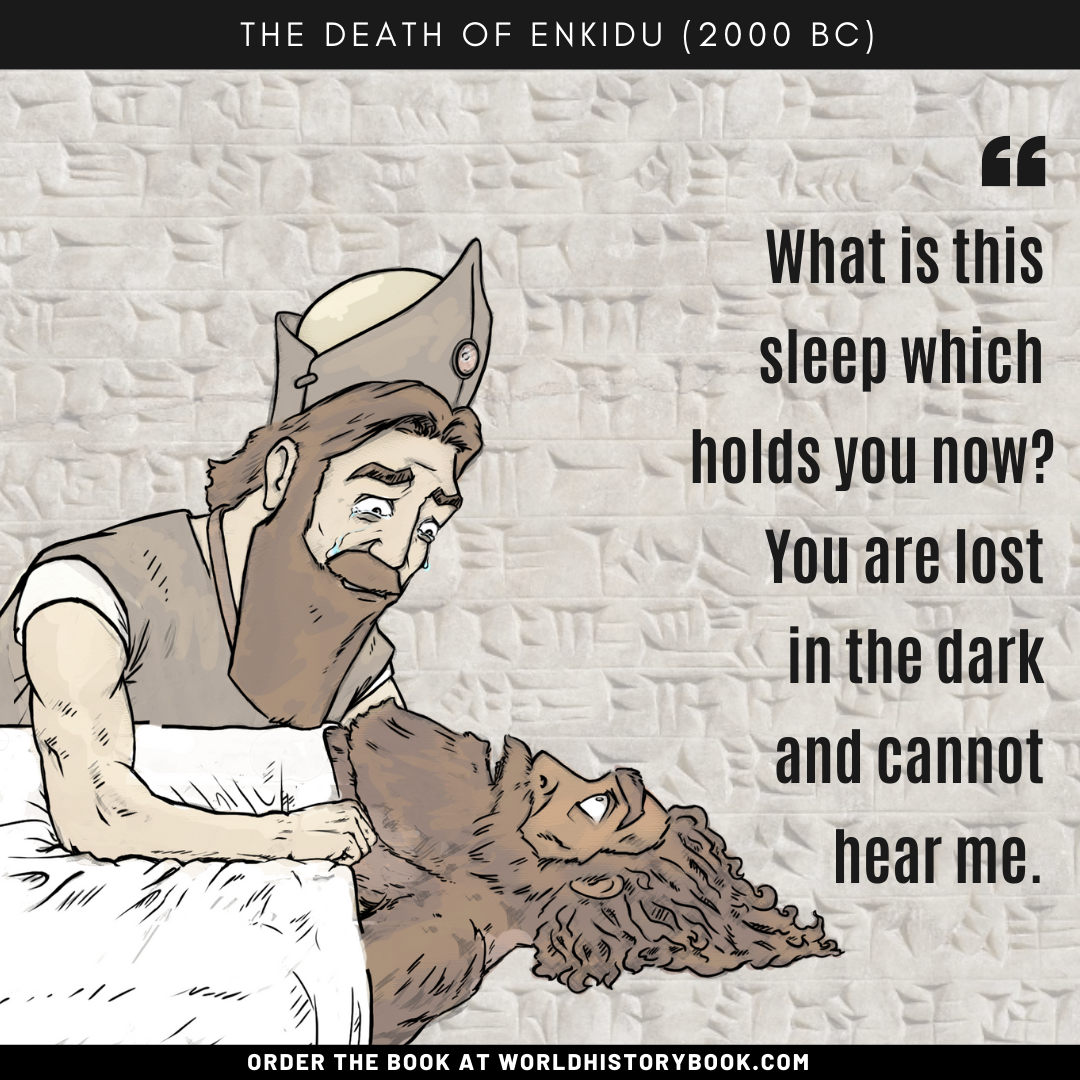 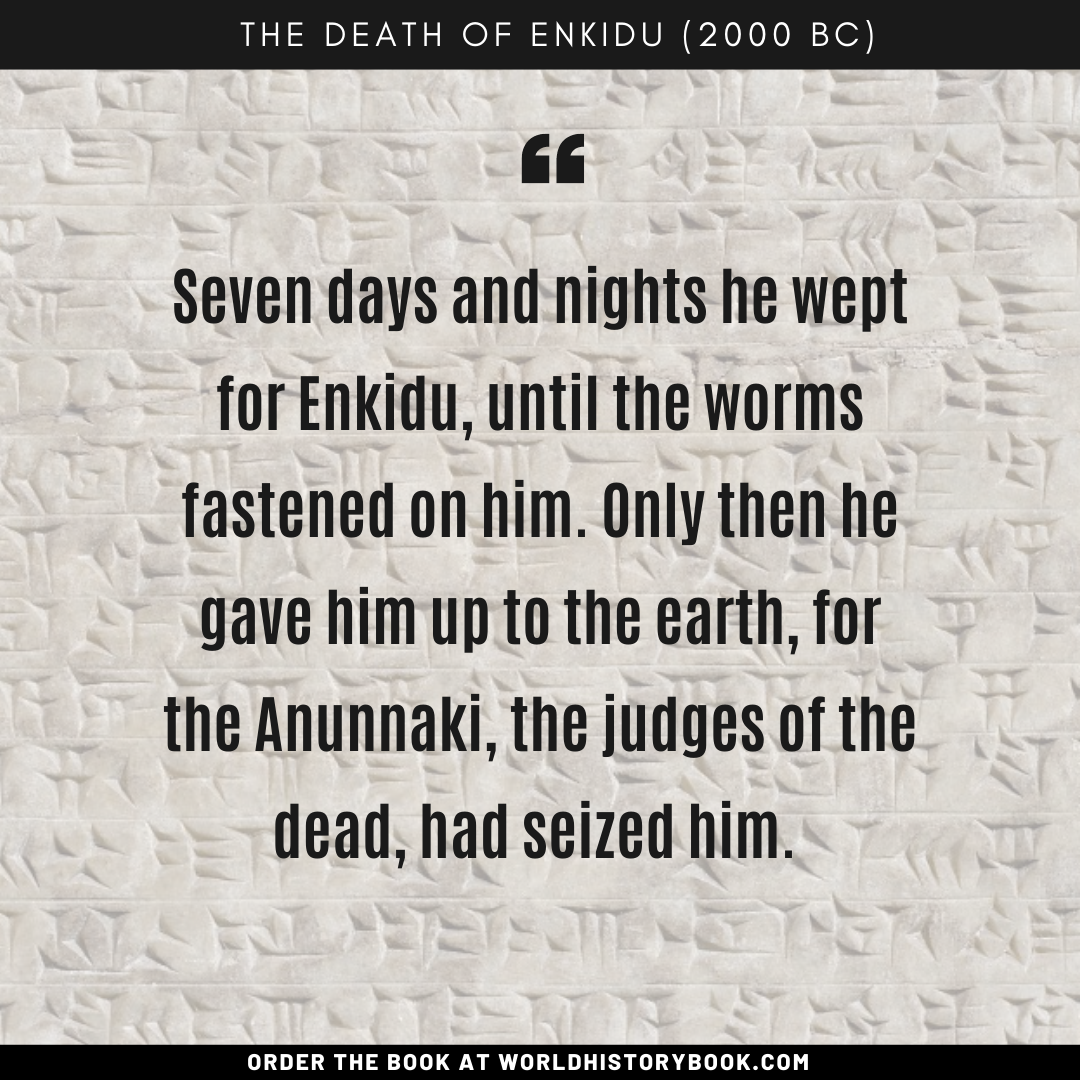 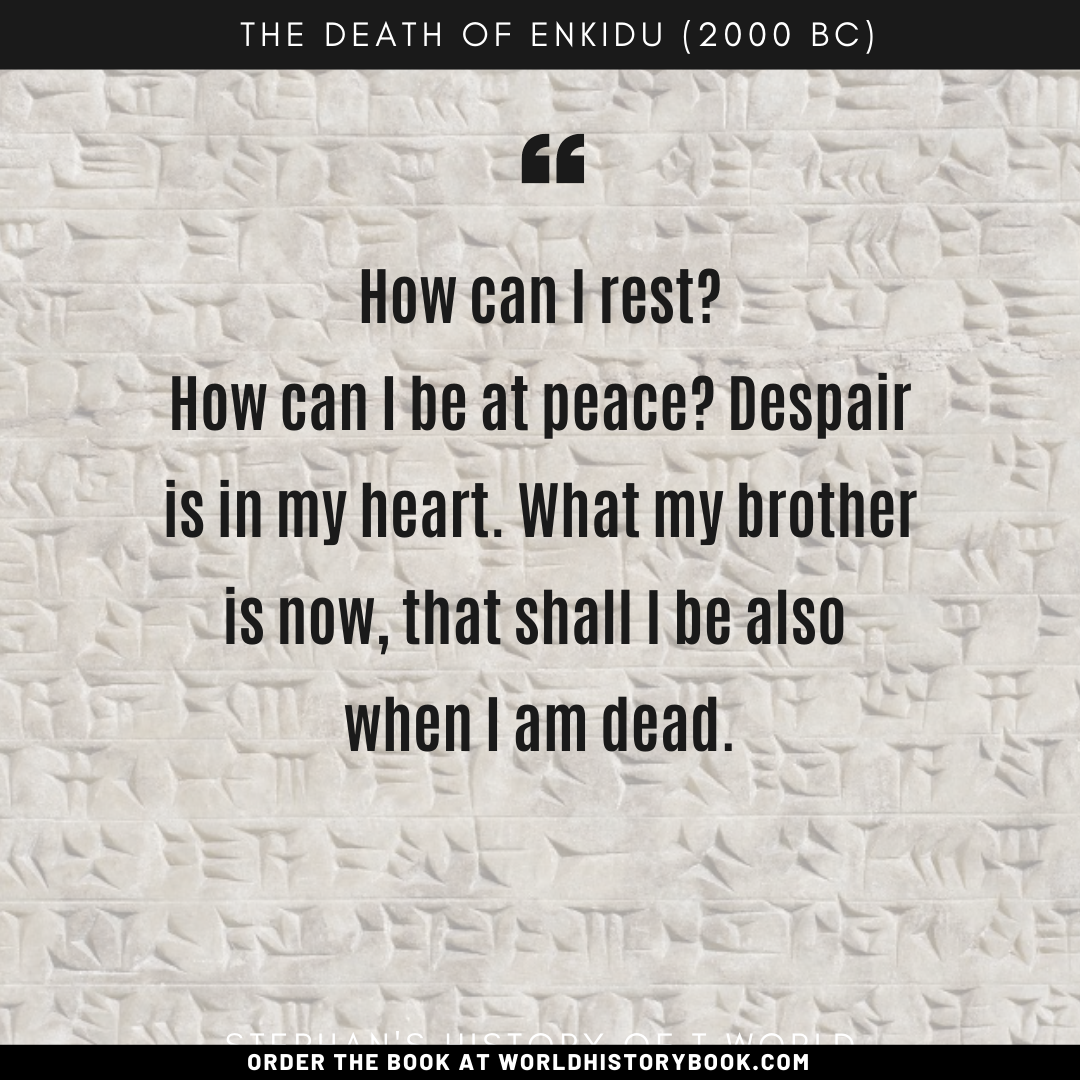 After Enkidu's death, Gilgamesh started wandering the Earth in search for eternal life - trying to avoid the fate of his friend.

At some point he reached the gate through which the sun into the underworld at night. Going through the gate he reached the underworld. Here he discovered a forest where diamands and other precious stones grew on trees. He also found a sea with an island. On the island he found Utanapishtim, who told Gilgamesh thay he was granted eternal life by the gods as reward for building an ark when the head of the gods wanted to destroy all life on Earth.

His story contains an early version of the Noah's ark, written centuries before the biblical version.

The story matches closely. We read:

'I loaded into her all that I had of gold and of living things, my family, my kin, the beast of the field both wild and tame, and all the craftsmen. [When the evening came], the rider of the storm sent down the rain. I looked out at the weather and it was terrible, so I too boarded the boat and battened her down. For six days and six nights the winds blew, torrent and tempest and flood overwhelmed the world, tempest and flood raged together like warring hosts.'

Then Utanapishtim send out three birds. Two return, meaning they did not find land. The third did not return, indicating that the water level was decreasing again.

There are also crucial difference between the story. Most crucial is the Biblical choice to make their God a moral actor. While the Mesopotamian gods flood the world because they are fed up with the noises that humans make, the God from the Bible upset about the sins of his creatures. In the Mesopotanian versions, the gods finally realize they rely on the humans to supply them with sacrifices. In the Bible, God shows mercy for humanity and promises never to again commit such an act. 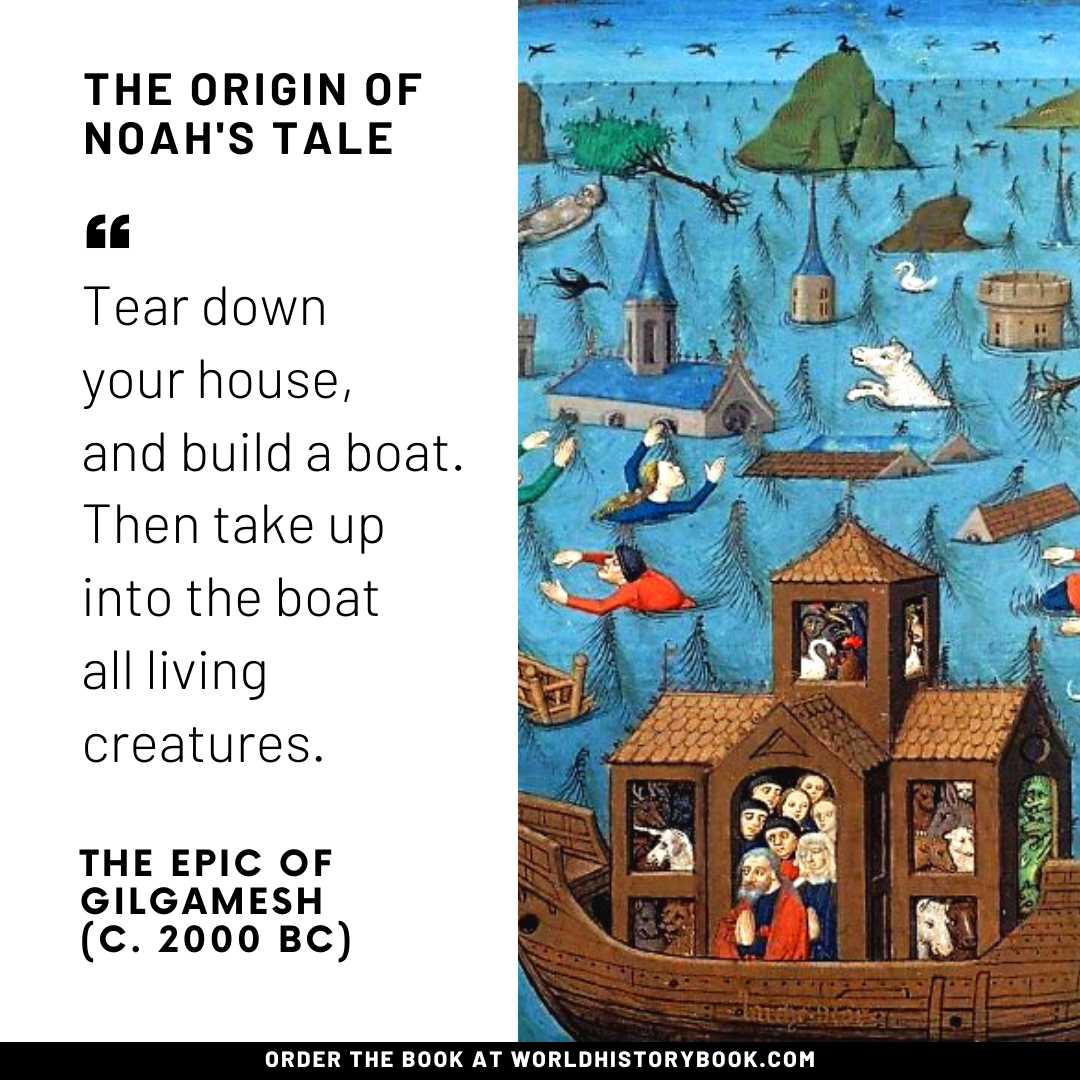